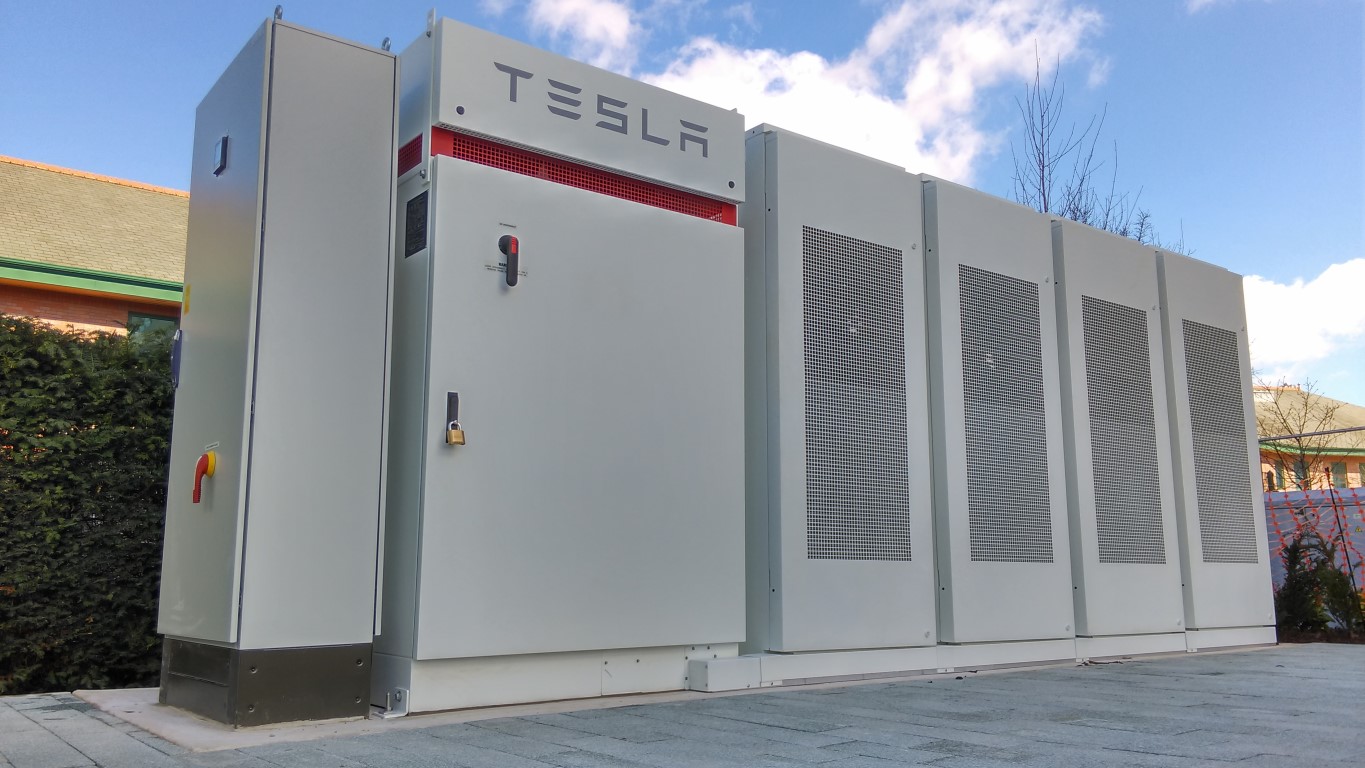 The 380kWh Tesla install, alongside two EV charge points, could be followed by solar and other clean, smart technologies as MSP enacts an advanced energy strategy. Image: Photon Energy.

Manchester Science Partnerships (MSP) has installed a 380kWh Tesla battery alongside two electric vehicle charging points as the science park sets out to turn its flagship building into “an energy island”.

The four 95kWh energy storage units were installed by Photon Energy at Manchester Science Park’s Bright Building, with MSP including the project as part of its advanced energy strategy that will see more than over £400,000 of investment used.

This project also received a grant from Innovate UK’s Internet of Things smart city demonstrator project, CityVerve, in which MSP is a lead partner, on top of a three-year finance package with Lloyds Bank in line with the lender’s Commercial Real Estate’s Green Lending Initiative.

Under the terms of its loan – said to be the first of its kind to be completed by the bank in the North West of England - MSP has agreed to a series of ‘green covenants’. This will include a committed spend of more than £600,000 in sustainable improvements to its existing campuses, reducing annual energy intensity of all its assets by 3.5% a year and increasing the amount of energy its buildings use from renewable sources by a further 10%.

Tom Renn, MSP managing director, said: “This pilot installation marks a key milestone in our advanced energy strategy. It also makes good on a commitment to invest in sustainable improvements to our campuses, signed up to as part of our green funding package with Lloyds Bank.”

MSP hopes to use the Tesla battery accelerate the adoption of green technologies to reduce its carbon footprint, with plans to install solar on its property being considered.

The battery is also intended to protect MSP from any changes in commercial tariffs while providing back-up power and offering MSP customers operating in R&D-heavy sectors assurances in uninterrupted power resilience.

The install itself was carried out in short order as Rolf Oldach, director of Photon Energy, explained: “Building on our experience with previous Powerpack projects, we had prepared as much as possible off site, allowing us to complete the mechanical and electrical installation, including metering, within a week.”

It has been designed be scalable and offer the option to expand in the future; up to 16 additional energy storage units could be added to reach MSP’s vision for the site.

“We have bold plans to harness the opportunities provided by advanced energy. We envisage that within 12 months, the Bright Building will be an energy island – self-sufficient and operating without reliance on the national grid,” Renn added.