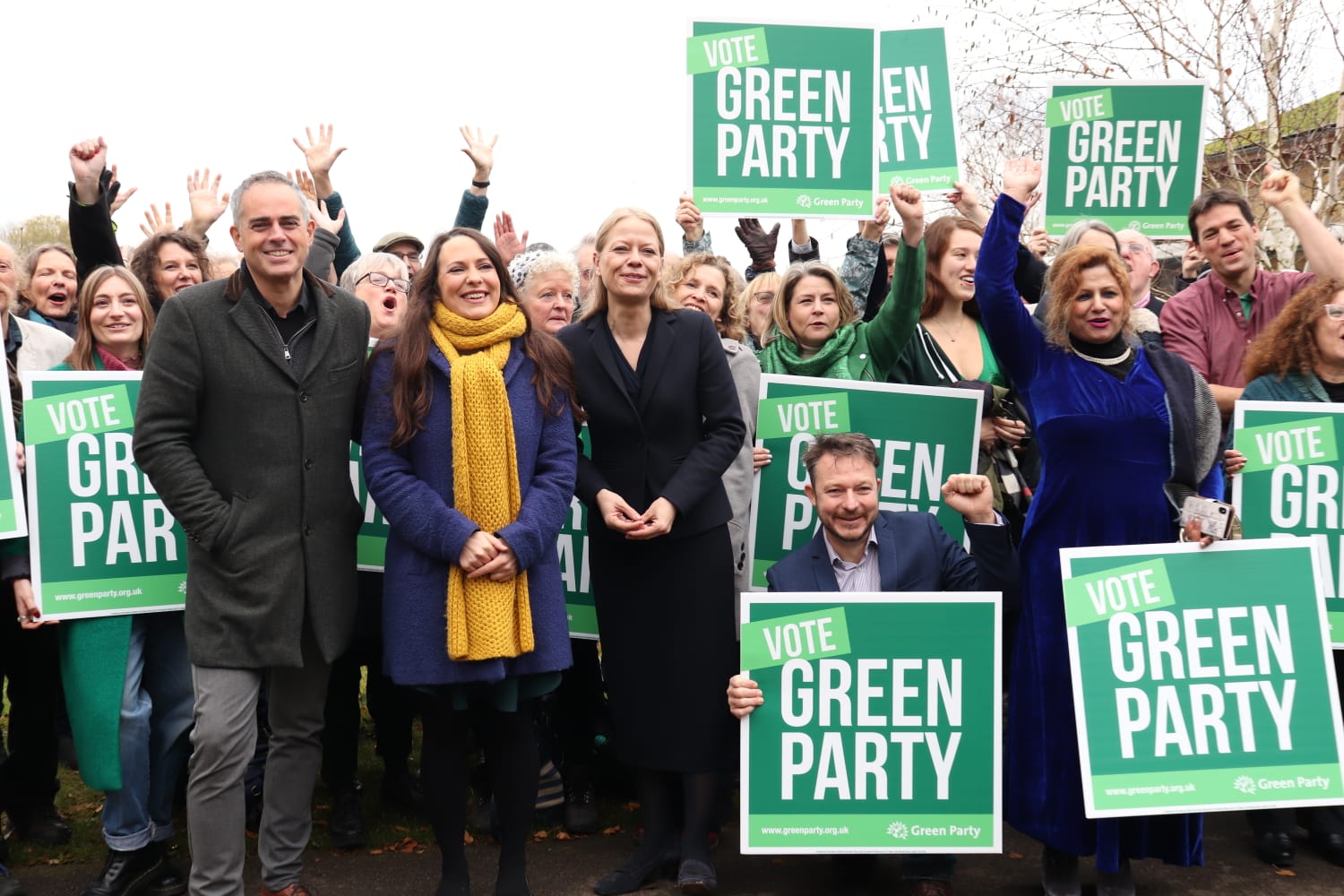 The Green Party has launched its manifesto, including a pledge to invest £12 billion a year into renewables and to fit one million solar panels on homes per year.

The Manifesto builds on the party’s pledge to spend £100 billon a year over the next decade in climate action, as part of its Green New Deal.

The deal is one of ten Parliamentary Bills the party announced today in the manifesto ahead of the General Election on the 12 December.

Jonathan Bartley, co-leader of the Green Party of England and Wales called the Green New Deal the most ambitious in the world.

“Today, we’re proud to put forward a manifesto which puts us on track to remain in the European Union and make the whole country carbon neutral by 2030, while delivering social justice across Britain.

“While the other parties are trying to catch up, we’re still racing ahead, reaching new horizons.”

The manifesto confirms the party’s previous promise of investing £12 billion of the £100 billion a year in renewable electricity generation. This will come from public borrowing, and be on-top of £6 billion worth of private investment.

A further £2.6 billion will be invested in fitting solar panels on a million homes a year, enabling 10 million homes to generate their own renewable energy by 2030. It forms part of the party’s pledges to ensure communities and individuals benefit fairly from the energy transition.

It is aiming for 70% of the country’s electricity to be generated by wind power by 2030. This will allow generation to increase to about 500TWh of electricity, nearly all of which will be renewable.

As well as wind and rooftop solar specifically, the manifesto says the party will: “Introduce new support for solar, geothermal, tidal, hydro and other renewable energies to provide much of the remainder of the UK’s energy supply by 2030.”

Doubling the capacity of the national grid

Further to the investment in renewables, £10.4 billion will be spent on upgrades to the grid. This will double the capacity of the National Grid, which the party says will be needed to store and deploy all the new renewable energy.

Short-term storage on the grid will be expanded, and include domestic solar batteries, storage as heat in hot water cylinders and thermal stores, and smart control of vehicle battery charging.

Demand side management will also be utilised and the efficiency of the electricity grid significantly expanded and improved.

Alongside proposals for solar and storage, the manifesto outlines plans to improve energy efficiency in a number of ways, including reducing heating bills for ten million homes by 2030 through retrofitting measures, on top of insulation improvements.

Other measures include £24.6 billion for better insulation in homes, £7 billion for non-domestic buildings and improvments to efficiency of rented properties through a Minimum Energy Efficiency Standard escalator.

For new houses and other buildings the regulations will change, and all new buildings built by private developers will have to be built to the Passivhaus standard. It will also enable selfbuild development that meets the same high energy efficiency standards.

Electric vehicles (EVs) were also on the party's agenda. The Green Party will create a network of EV changing points across the UK, ensuring they are required through the planning system, as well as encouraging the private sector to deliver them.

It will invest £2.5 billion in electric vehicles and infrastructure, to ensure that there are charging points in public spaces, and all existing petrol stations and motorway services station will be required to offer EV charging points by 2025.

However, there are also promises that EV infrastructure will not take up pavements and cycling spaces, as walking and cycling are preferred transportation methods.

Sian Berry, co-leader of The Green Party, said: “The Greens are clear about which path we must take as a country. And that’s why each and every Green MP elected this December will have in their in-tray a legislative agenda ready to go.

“Ten Bills ready for the next Parliament to hit the ground running. Because the future won’t give us another chance to get these next two years right.”

The other bills cover aspects such as People’s Vote, Sustainable Economy, NHS Reinstatement, Further and Higher Education and Voting Reform.

The Green Party is the first of the majors to release its manifesto, with Labour’s expected on Thursday and the Conservative Party yet to announce theirs.

With the election campaigns well underway however, a number of energy pledges have already been announced including Boris Johnson’s promise to plough an additional £500 million into EV charging infrastructure and Labour’s proposal for 2,000 solar power hubs.