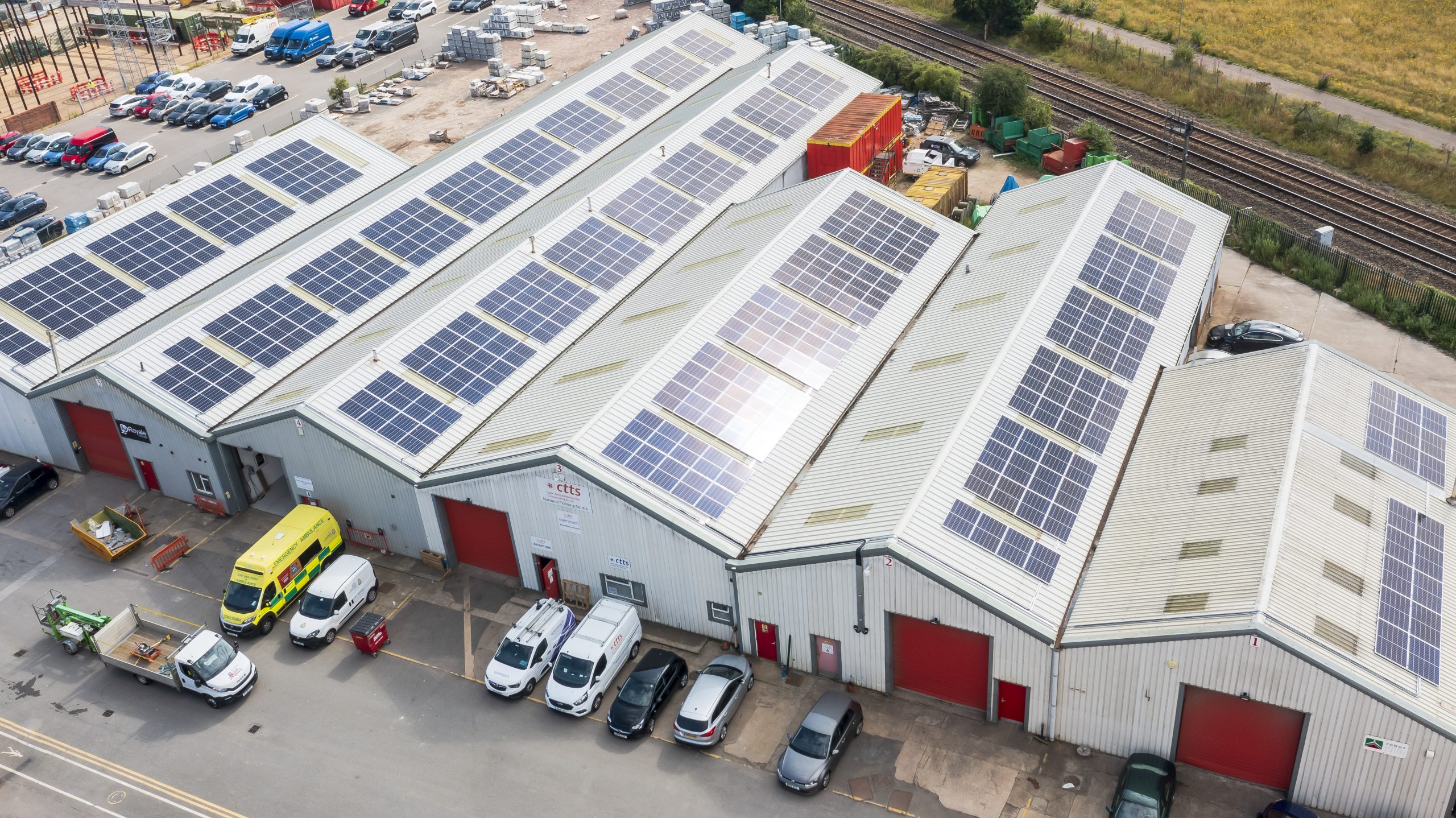 The solar has been installed at the construction firm's North Hykeham Business Park. Image: Lindum

The panels are capable of producing up to 156kW per hour, having been installed at its North Hykeham Business Park. This is Lindum's fifth solar installation, with the others being found on buildings at its Waste Recycling Centre in the village of Saxilby, its Joinery workshop and Stores building in Lincoln and at the Peterborough Business Park.

The investment in the panels is partly due to the government’s COVID-19 recovery response, the company said, with businesses currently being offered tax incentives to press ahead with capital spending projects.

It is expected to be recouped via bill savings within the next six to seven years, with there being talks to expand the scheme early next year.

Lindum has committed to being a net zero carbon company by 2031, partnering with The Planet Mark to certify and measure its carbon footprint to government standards.

Lincolnshire has also recently seen a large-scale solar project change hands, with Bluefield Solar Income Fund announcing today (16 August) it has acquired a ready to build 45MWp solar and 25MWp storage site in the northeast of the county.