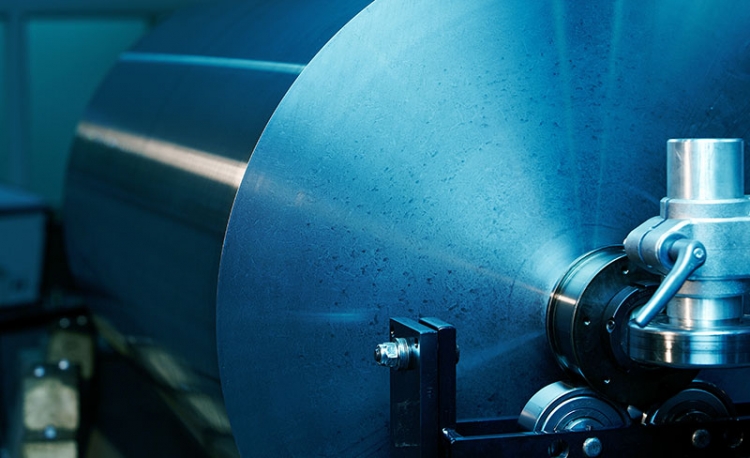 The UK is to become home to Europe’s largest battery flywheel system in a first for the country which will provide fast acting frequency response services and aid the integration of renewables.

The €4 million (~£3.5 million) project is being brought forward to support the project which will be delivered by a consortium of engineers from the University of Sheffield, flywheel specialists Schwungrad Energie and Adaptive Balancing Power, and product supplier Freqcon.

Almost two thirds (€2.9 million/~£2.5 million) is coming from the European Union’s Horizon2020 scheme, and the system will be connected to the Irish and UK grids to help respond to energy demand and stabilise pressure on existing infrastructure.

Dr Dan Gladwin, from the Department of Electrical and Electronic Engineering at the University of Sheffield, said: “The UK national grid is becoming increasingly volatile due to the rising share of intermittent renewable energy sources. This manifests itself in deviations from the nominal 50Hz frequency as demand outweighs supply or vice versa.

“Battery and flywheel technologies can offer a rapid response, and can export and import energy enabling this technology to respond to periods of both under and over frequency.”

In the first stage of the project, the flywheel facility will be installed in Ireland, piloted by Schwungrad Energie at its hybrid flywheel battery facility, which has already hosted a demonstration project in collaboration with Ireland’s transmission operator EirGrid.

At first the flywheel system will be capable of a peak power of 500kW and able to store 10kWh of energy. It will then be installed at the University of Sheffield’s 2MW battery facility where it will be upgraded to provide 1MW of peak power and 20kWh of energy storage, and used as a hybrid energy storage system with the batteries providing frequency response services.

“When implemented at commercial scale the technology will assist in overcoming the challenges of operating a power system with increased levels of renewables.

“The adaptive flywheel and multi-source inverter being demonstrated by this project have the potential to increase the competitiveness of the solution.”

Flywheels work by accelerating a rotor to high speeds using electrical energy, storing rotational energy to be converted back to electricity when required. The group behind the project say combining flywheel technologies with batteries will enable the storage system to operate more efficiently than other systems and reduce costs over the system’s lifetime.

The project is the latest in a growing number of innovative schemes taking place in the UK, which is widely considered to be one of the most advanced markets for energy storage. Prior to the calling of next week’s general election, the government had placed the development of battery technologies at the heart of its industrial strategy.

In addition, the transmission operator National Grid has been holding regular tenders for grid services, included the first Enhanced Frequency Response (EFR) tender last year which attracted over 1GW of tenders for a 200MW competition.