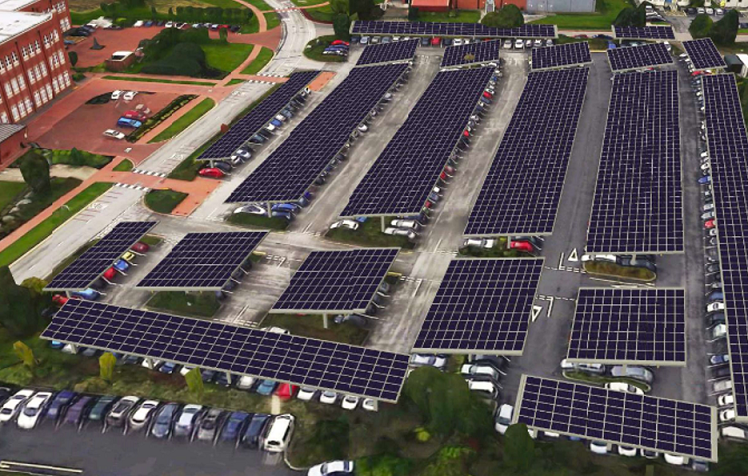 United Utilities is preparing plans to deploy solar canopies at its Warrington headquarters in an effort to boost its renewable capacity with a project that, if approved, could be under construction by Spring 2018.

The North West water company already has more than 50 operational solar arrays around the North West including a 3MW floating system at the Godley Reservoir near Hyde. The firm is now considering the installation of a number of solar canopies over the car parking bays at its head office to add to its installed capacity across the region.

Steve Slavin, head of renewable energy at United Utilities, said: “Our headquarters at Lingley Mere are the offices for some 4,000 employees.  There’s also a data centre and onsite restaurant so the demand for power is substantial.

“We already have solar arrays mounted on the roofs of some of the buildings, and now we are looking at how we can maximise the renewable potential of the land area taken up by the car parks.”

While United Utilities was unable to reveal the capacity of the new solar canopies, it revealed they could produce up to 1.8GWh of solar power, helping to offset a third of the site’s power demand from the National Grid.

The installations could also be equipped with charging points to cater for current and future use of electric vehicles.

“It’s our aim to reduce the amount of power we buy from the grid in order to control our operating costs and keep customers’ bills as affordable as possible,” Slavin added.

United Utilities has plans to generate around 35% of its energy consumption by 2020 to be used to power its works, with some of the excess electricity put into the national grid. The company says this allows it to reduce its energy bills while allowing access to any relevant government incentives.