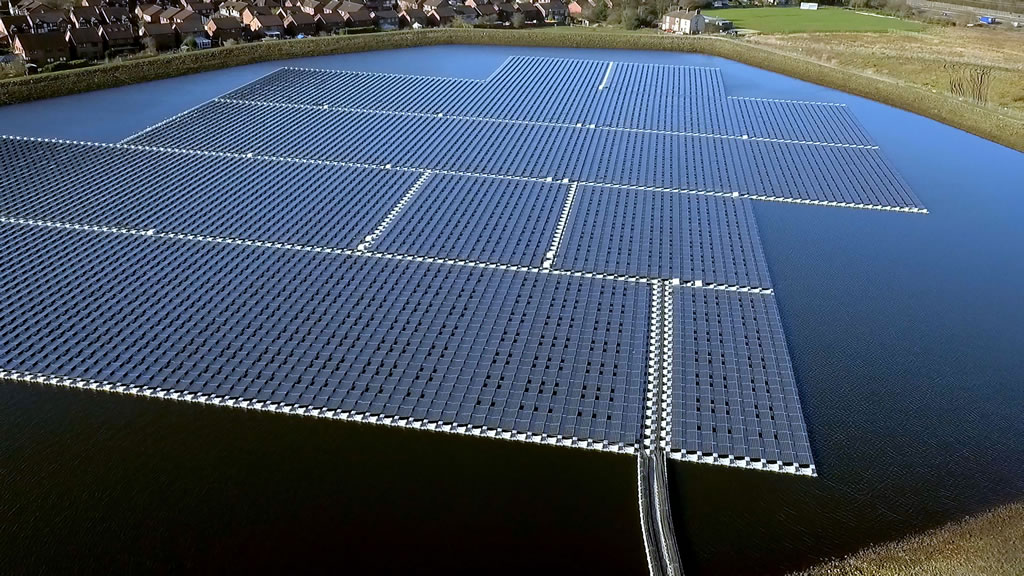 United Utilities is considering the feasibility of building a floating solar array adjacent to its Wayoh water treatment works in Edgworth, Lancashire following the success of the 3MW system installed in Godley, Greater Manchester last year.

Plans for the 1.5MWp system have been approved in principle by Blackburn with Darwen Borough Council, leaving the water utility until December 2019 to build the system.

Documents submitted to the council show the system would constitute almost 5,500 modules floating on the south end of the Wayoh reservoir, where it would provide electricity to the nearby treatment works for a 25 year period.

Despite there being no objections to the system from the council, United Utilities is still considering the viability of the project and has yet to confirm that the array will be built

A spokesperson said: "We are looking at the feasibility of a floating solar array on the reservoir next to Wayoh water treatment works. We expect to make a decision in the first quarter of 2017."

"This would provide power to run the works, allowing us to reduce energy costs and cut our environmental footprint.

"Given the UK's volatile energy market, self-generating power can help us to manage costs and keep our customers' bills affordable.

"The approach has been used very successfully in Godley, Hyde - where we have established one of Europe's biggest floating solar arrays.”

The installation was completed in May 2015 as one of just a handful of floating arrays to be operational in the UK and provides the nearby treatment works with around a third of its energy requirements.

The spokesperson was unable to clarify how much of the Wayoh plant’s energy demand would be met by the new floating solar array if it is approved by United Utilities.

Solar proved to be particularly popular among water utilities throughout 2016, with a number of companies either completing or tendering for new installations, particularly via power purchase agreements (PPAs).

Speaking to sister publication Inside Clean Energy for its upcoming January edition, David Chapman, climate change manager at Northumbrian Water, explained: “Most companies often have fairly large tracks of land and obviously in some instances we have large tracks of open water and a number of companies are installing solar on reservoirs.

The UK water industry uses between 2-3% of all electricity generated in the UK so that's a big demand…particularly [for] electrical energy. So solar fits well with that."

Inside Clean Energy will be available from 26 January 2017.