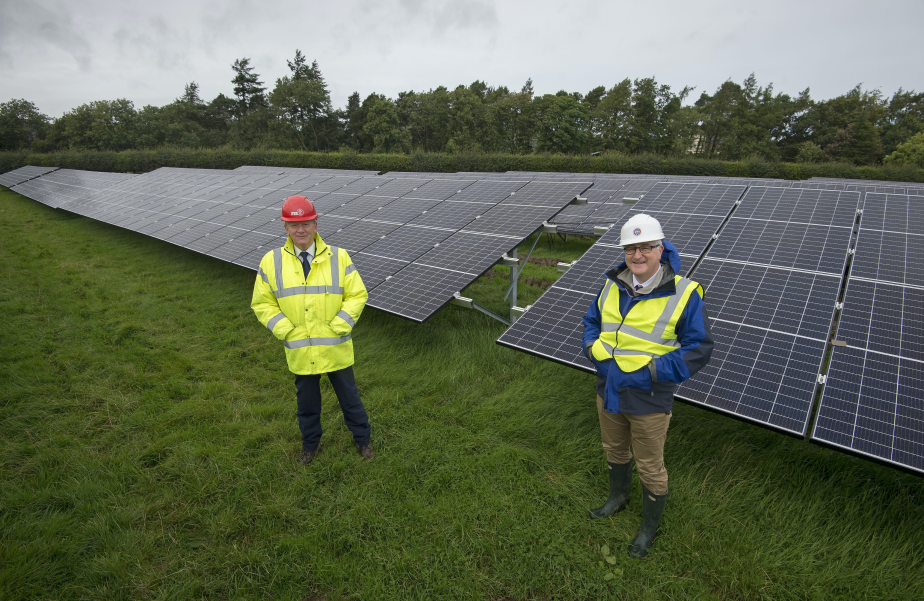 The University of Edinburgh is installing a ground-mounted solar farm to help it with its carbon neutral by 2040 ambitions.

The Easter Bush campus in Midlothian is to play home to the 5,000 panels currently being installed, with over 1,400,000kWh of electricity expected to be generated from the farm each year, saving an estimated £200,000 per year in electricity costs and providing 15% of Easter Bush’s electricity consumption.

Alongside the existing generation capacity, 60% of Easter Bush’s electricity and 30% of its heat will therefore be generated on site using low or zero-carbon technologies. The Easter Bush campus is a fitting home for the farm, as it also includes a ‘living laboratory’ for solar PV research.

Installation of the new solar farm is to be completed in November, with the five-hectare site to be connected to the Royal (Dick) School of Veterinary Studies and the Roslin Institute.

Dave Gorman, the university’s director of social responsibility and sustainability, said: “The University of Edinburgh has invested more than £20 million in low-carbon energy in recent years, which has reduced its overall CO2 emissions by almost 10,000 tonnes annually. The solar farm at Easter Bush will not only allow us to lead the way in the practical implementation of such technology, but research the next generation of low-carbon energy.”

Other universities have also had the technology installed, including a 108kW installation at Bournemouth University, as well as Goldsmiths University in London pledging to install “significantly” more solar PV in August last year before launching a green recovery plan in July 2020.