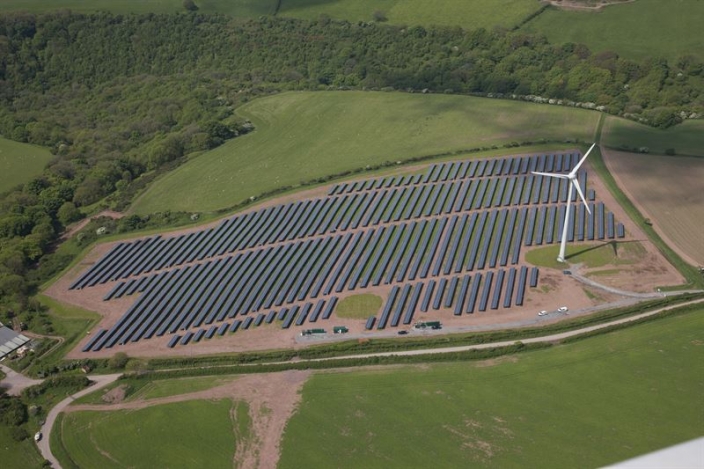 Vattenfall has announced plans to invest up to €100 million (£89 million) in developing solar projects over the next two years.

That investment will predominantly be made into utility-scale plants where existing infrastructure can be used to reduce costs, with Vattenfall highlighting in particular the potential for it to co-locate solar with more of its windfarms.

In 2016 the firm completed a 5MW ground-mount solar farm at the site of its Parc Cynog wind project in Wales with the two generators sharing a single grid connection.

While Vattenfall hasn’t offered any indication as to what projects may be on its radar, the utility currently owns five other operational wind farms. Two are in England, two are in Scotland and its 76-turbine Pen y Cymoedd wind farm in Wales’ is the largest onshore wind farm in England and Wales.

Magnus Hall, president and CEO at Vattenfall, described solar as an “important supplement” to wind generators.

Vattenfall has also outlined the potential for decentralised solar systems which are to be offered to its energy supply customers as part of a much wider energy services play.

The company already offers small-scale solar installations in its native Sweden under a service called InHouse, which targets companies and tenant-owner housing associations, as well as a solar leasing model for businesses in Germany and the Netherlands.

Last summer Vattenfall threw down a statement of intent with its purchase of domestic energy supplier iSupplyEnergy and immediately set its sights on eating into the Big Six’s share of the market.

While it is not yet clear if Vattenfall will offer domestic solar systems in the UK, such a move would echo similar launches made by the likes of E.On and EDF.

On the utility-scale side, of particular interest to Vattenfall is the potential co-location of new solar projects alongside existing wind farms.