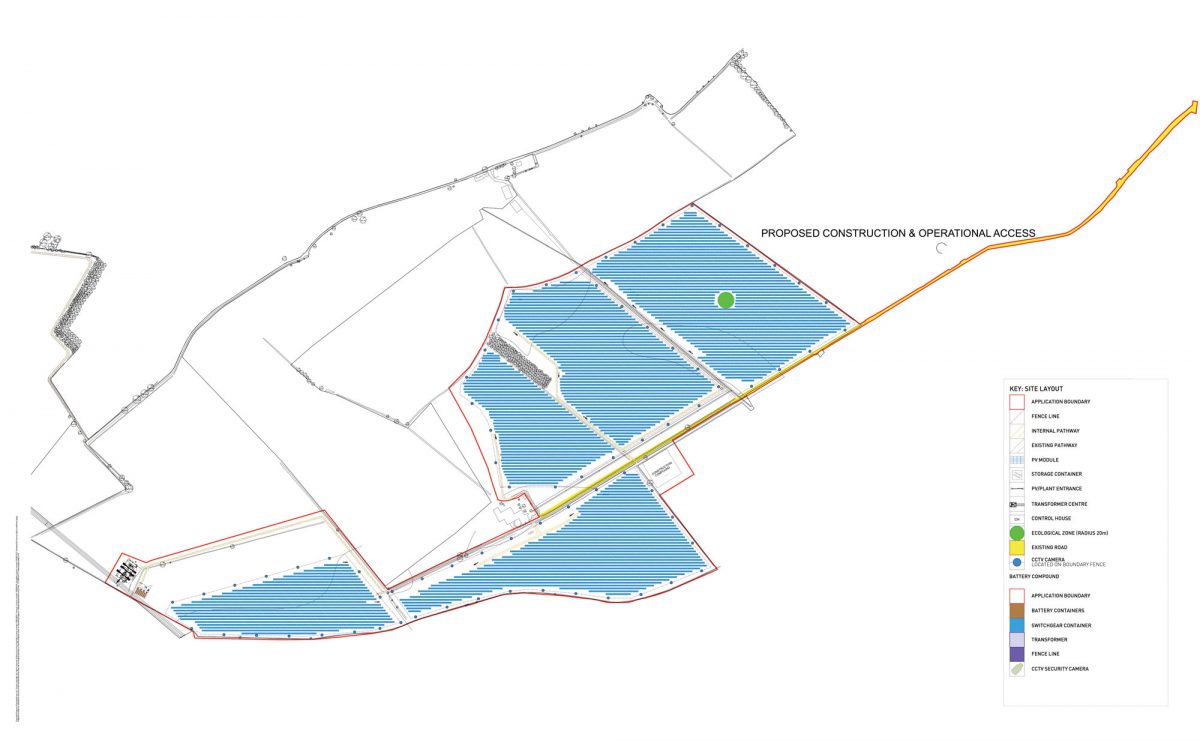 The South Farm site will include ground-mounted solar arrays and battery storage units. The power generated is to be fed into the grid, with the site to have a minimum lifespan of 35 years, after which it will be decommissioned unless further planning consent is granted.

Voltalia UK's Simon Holt said the company was pleased to have hit this “milestone” and gained local support.

“We have demonstrated that large-scale projects can be sensitively sited within the countryside and need-not have unacceptable environmental impacts. The South Farm project will not rely on customer subsidies to deliver clean electricity which makes an important step in the next generation of clean energy projects of this type."

Voltalia is moving into the implementation phase this year and will be looking for local partners in Dorset for the delivery of the farm, as well as other UK projects, Holt added.

The site will include a permissive footpath that will connect two local public rights of way, in an effort to help support the local community. Voltalia has said it will also manage hedgerows and field margins, providing a net gain in biodiversity and wildlife habitat, as well as continuing to allow livestock to graze on the land around the panels, and underneath them when constructed.

Ray Bryan, chairman of Dorset Council’s Climate Change and Ecological Emergency Executive Advisory Panel, said: “Dorset Council is currently developing its strategy and action plan for tackling climate change, and we know that the increased generation of clean renewable energy will play a vital part in this."

The planning permission was secured on behalf of Voltalia by the Pegasus Group​, which said that the plan was “well received” by the local parish and supported by the National Farmers Union (NFU).

Voltalia already has solar power projects in the UK, but has been quiet in the market for a number of years. This new site comes at a time when companies are increasingly announcing projects or partnerships as the solar market continues to gather momentum, particularly in the face of subsidy-free beginning to appear on the radar of many developers and funders.

UK solar wholesaler Midsummer Energy has formed a number of partnerships over the last year such as with sonnen, while Armstrong Capital Management has penned a new joint venture with Danish investor European Energy to pursue a 500MW solar and storage pipeline in the UK.

In December, Lightsource BP announced that it was pursuing a 1GW project pipeline as well, and Bluefield Solar Income Fund and NextEnergy Solar Fund (NESF) have heralded the arrival of subsidy-free solar in the UK, with NESF switching on two subsidy-free sites.