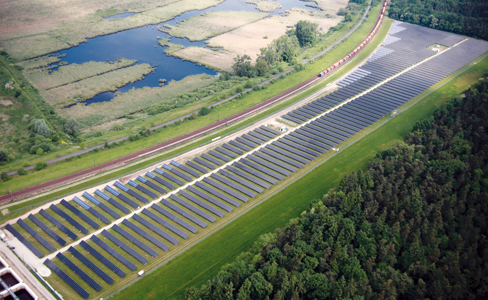 Wirsol Energy has taken a step closer to its 150MWp subsidy free development plans after picking up the project rights to 47MWp of solar across two large-scale projects in Lincolnshire.

Commencement of the Low Farm and Sweeting Thorns solar parks is expected to begin in Q2 2018 and means Wirsol has added a further two projects to its previously planned six to be built over the next 12-18 months.

The company announced in December it would build out two other projects - the 7MW Outwood Solar Farm in Essex and the 9MW Trowse-Newton Solar Farm in Norfolk – at the start of this year, backed by long-term power purchase agreements (PPA).

This means the developer has 63MWp secured towards its 150MWp target for subsidy-free projects across the four that have already been announced, with two more expected to make up the remaining 87MW.

Wirsol added that the two projects announced today mean it has achieved circa 67% of the overall anticipated portfolio for this year.

Mark Hogan, managing director at Wirsol Energy, said: “We are delighted to have secured the projects rights of over half the proposed portfolio. Our UK procurement and technical design teams combined with our long-lasting partnerships have collectively made the non-subsidised solar journey possible.

“We strongly base our success on our adaptability and competence to react in alignment with market conditions. The acquisition of all four subsidy free solar parks to date (Low Farm, Sweeting Thorns, Outwood Phase II and Trowse Newton Phase II) at a total of 63MWp, validates Wirsol’s ability to perform resourcefully whilst driving revenue.

“We are all now focused and excited to proceed onto the construction stage of these projects which will commence imminently. Our extensive pipeline remains in development which will complete our first non-subsidised portfolio here in the UK.”

All of the planned six projects will be designed to accommodate the addition of solar storage in the forthcoming future, which will be considered as ‘phase II’ of the projects.

Peter Vest, managing director of parent company Wircon, added: “The UK team have made some remarkable progress into the non-subsidised solar market; these projects are an exciting step which mark the beginning of our first UK subsidy free portfolio.

“Wirsol Energy are reaching extraordinary milestones in both the Southern and Northern hemispheres and play an important role in the Wircon brands international growth strategy. The future is set to be rewarding for all parties.”

The UK announcements follow the launch of an initial public offering (IPO) of its Australian portfolio under the newly formed company Bright Acre Energy.