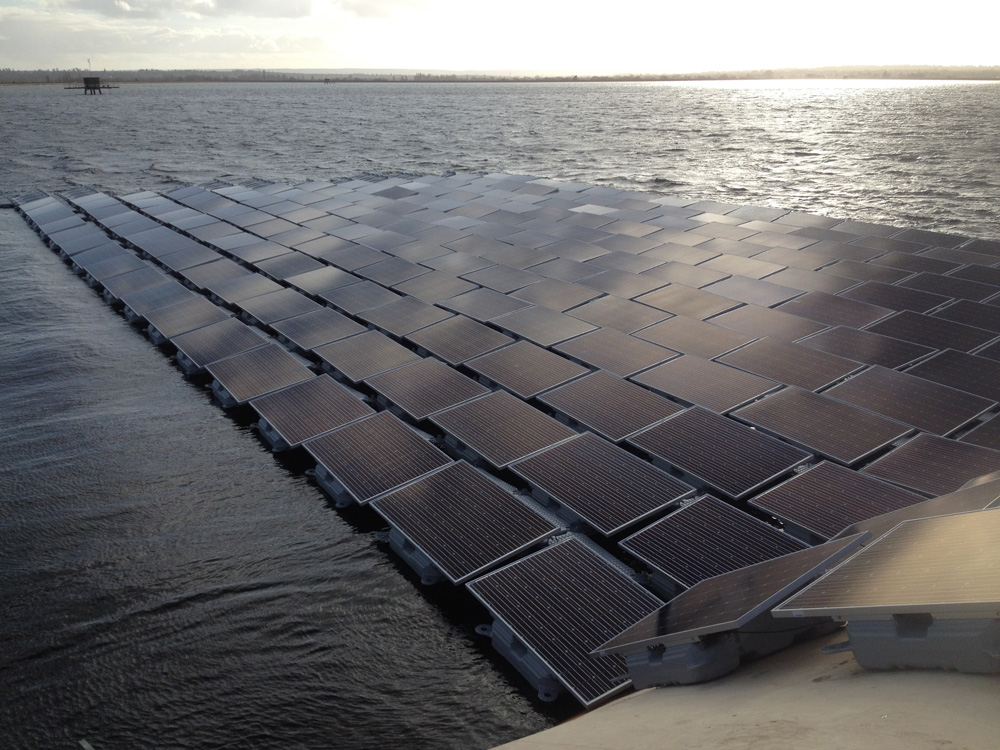 Yorkshire Water is considering the possibility of adopting floating solar within its tender for new PPAs. Image: Lightsource.

Yorkshire Water is seeking three potential partners for a solar PV power purchase agreement (PPA) framework worth up to £20 million which would see ground mounted and even floating systems installed across a range of sites.

The utility currently has no solar on its property however it released a tender last week for the framework worth between £500,000-£20 million, depending on which of its 20 sites are deemed feasible.

Speaking to Solar Power Portal about the tender, Yorkshire Water’s commercial manager Sam Evans said the scope of the framework would be dependent on which of the 20 sites being considered are identified as potential locations for development.

"It's very much dependant on the ability of the framework partners that we appoint to recognise all the opportunities that we have. We recognise that there are experts in the market and we need to harness their technological expertise to really get a grip of just how big the opportunity is up in Yorkshire,” he said.

"If technology prices change going forward that will have an impact on the scale of the opportunity as well."

The resulting projects will be PPAs lasting between 20-25 years which have been chosen to suit Yorkshire Water’s “long-term operational cost model”.

Evans said the company is interested in ground mounted sites of a multi-MW scale, while it is also prepared to look at the potential for floating arrays similar to that used by Thames Water on the Queen Elizabeth II reservoir.

However, this will depend on whether the sites are close enough to Yorkshire Water’s energy intensive sites to make them attractive.

The tender makes Yorkshire Water the latest utility of its kind to opt for new solar installations following the likes of Thames Water, Welsh Water, Northumbrian Water and several others.

Scottish Water recently announced plans to spend £9 million over the next three years on a number of solar projects.