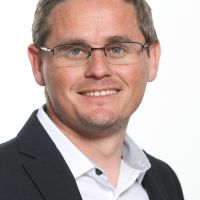 The instant that solar PV power generation exceeds demand is the moment your storage system has to spring into life and capture that excess power for later by charging the battery. Image: E.On.

Managing director of UK energy storage manufacturer Powerflow, Ian Murray, addresses some FAQs on what consumers should be asking about battery system before buying them for their houses.

The biggest concern for consumers

We’re seeing massive growth in Britain, in companies using telemarketing to target the baby boomer generation – 50-year-old plus homeowners who have some spare cash. They’ll send out a salesman to close the deal and there’s commission to be made at every step in the process. The outcome is that a homeowner may end up paying more than necessary for a battery product, and unfortunately being misled about the financial returns they will make.

For example, I recently spoke to a customer who had been told he would save £1,000 (US$1,330) per year from our 2.0kWh Sundial battery model, when his solar PV system alone only produces £600 per year. There’s no way on earth those numbers stack up as he will use about 50% of the £600 within the home anyway, leaving £300 per year to be stored and used later. He would have probably bought the product regardless as he wanted to increase his energy self-consumption from his solar PV system. He just wanted to be told the truth, is that too much to ask I wonder?

The heart and brains of the system

What really sets systems apart is the approach to controlling the battery. The most critical issue, by far, is how and when you get energy in and out of the battery.

This concept is twofold and can be difficult to understand, but the challenge is a bit like the one facing National Grid, which is responsible for constantly keeping our energy supply balanced between generation and demand for the whole country.

For a complete battery storage system to be as efficient as possible, we have to accurately and quickly measure the difference between what you’re generating and what you’re using. This is commonly known as the ‘export power value’.

The instant that your solar PV power exceeds your consumption needs is the moment your storage system has to spring into life and capture that excess power for later by charging the battery.  On the flip side, to avoid buying electricity from the grid, as soon as your consumption exceeds the output from the solar, you need to top it up by consuming the stored power from the battery. It’s important to consider that some systems can’t supply power from the battery at the same time as the solar PV system.

The key to the best performing storage system is actually the accuracy and speed of the measurement system combined with the speed of the switching between the different operating modes when charging or discharging.

If your control system measures too slowly, at times you will end up wasting your stored energy by sending it back to the grid or unintentionally buying energy from the grid just to store it; that’s crazy and defeats the purpose of battery energy storage systems.

How we solved this problem

Our patented F-POINT technology measures the home’s energy balance twice every second; that’s faster than a heartbeat. This means we can balance the needs of supply and demand instantly, ensuring that we minimise exporting and importing power when we don’t need to and maximise system efficiency. This fundamental problem appears to be lost in the noise of today’s energy storage market.

The other critical issue to do with control is what we call the ‘trigger value’. This is the minimum power level at which the system can start to operate.

Some manufacturers are selling systems that cannot automatically adjust (or modulate) their power output levels – they are very basic systems that are simply on or off. This kind of approach cannot provide a solution to fluctuating energy demands. The average ‘base load’ for a UK property is around 300W – 400W, so in this example, most of the time a system with a fixed 500W trigger value will be switched off.

We have designed our output power trigger value to be as low as 200W to ensure we cover the base load of the average domestic home. Once on, we can reduce that power demand back to around 70W, always allowing a small buffer to cope with grid fluctuations to ensure we don’t waste a drop back to the grid. It’s important to ask these operational questions before choosing a battery system as manufacturers tend not to publish this level of technical data.

I am convinced that this problem is present within many domestic battery storage systems on the market today and an essential operational detail that is not published on datasheets. Large-scale battery production will help to drive down battery costs for sure, but meanwhile there are a few other things to consider that contribute to the total cost of ownership.

Battery lifetime has a huge effect on overall cost. This is where the control of the battery becomes important again. It’s quite simple really. The harder you work a battery, the hotter it gets and the quicker it will wear out. We limit the input and output power to an optimum ratio so as not to stress the battery. This allows the system to cover the base load and small peaks of most houses, while at the same time avoids damaging the battery. We have found this will provide the best rate of return in the long run.

Installation complexity also contributes to the cost of owning a system. Vendors that manufacture products for the global market require complex software configuration to their systems for each local market. We’ve heard some nightmare stories about installations that have taken days to setup, leaving the home owner with a huge bill.

Our objective was to design a system that is easy to install and where setup is completely automated. To set the Sundial system up, an installer simply has to turn it on and that’s it. No setup required at all. A good installer shouldn’t take any more than a few hours to get you up and running, keeping installation time to a minimum.

One last word of advice

Do your research. Most people wouldn’t buy anything that costs several thousand pounds without getting at least three quotes and checking out the reputation of the seller and installer. It amazes me that common sense sometimes goes out of the window when someone comes into their home with a glossy battery brochure and starts delivering a well-rehearsed sales pitch. Remember, if it sounds too good to be true, it probably is!