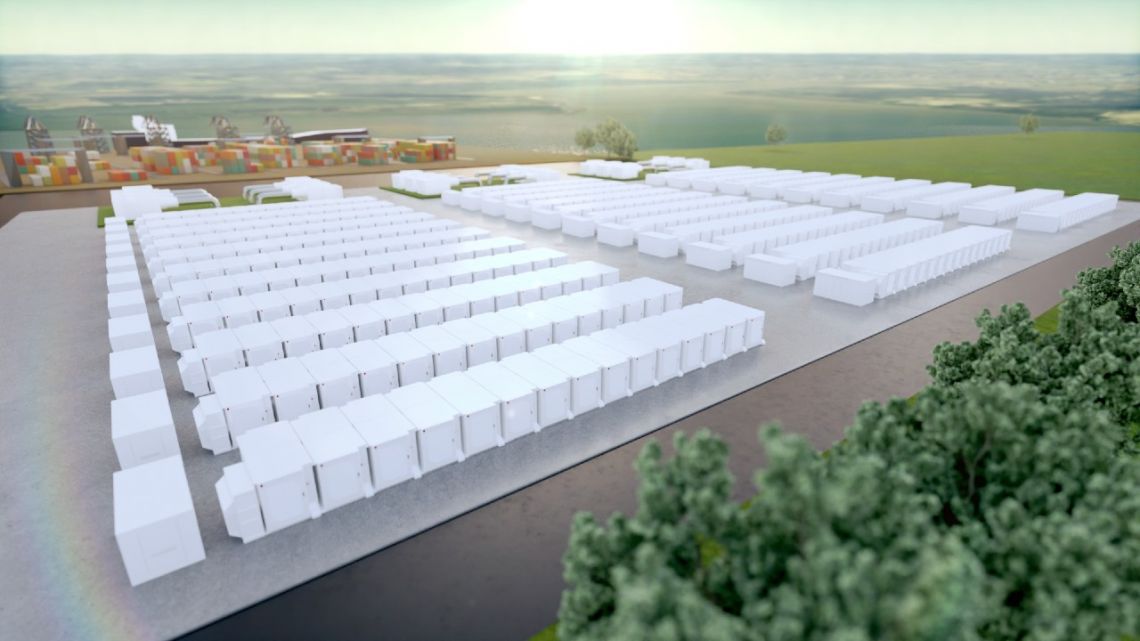 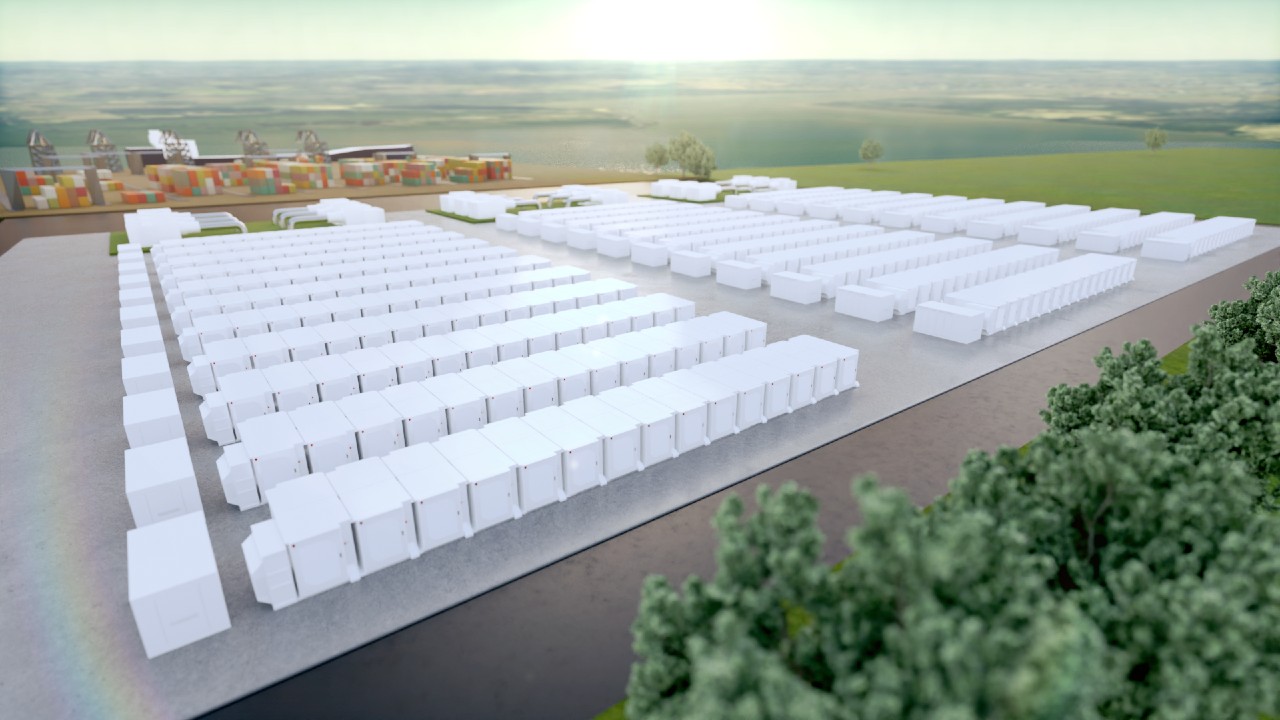 A render of InterGen's London Gateway site, made up on battery technology from Fluence. Image: InterGen.

The colossal feat is a significant step for the nation’s storage sector, with sites in England above 50MW having to go through the lengthy and costly Nationally Significant Infrastructure Project planning process until last July. But with the demand for flexibility growing apace as renewable penetration grows, the storage market is coming into its own.

Solar Power Portal caught up with InterGen’s CEO Jim Lightfoot to talk about the huge new battery storage site, the company’s decision to enter the storage market and whether this will be the first of many.

Could you tell me a little about InterGen and its step into the battery sector?

InterGen's mission is to provide flexible electricity solutions, in a low carbon world and for everybody. Those three things together mean quite a lot of things. Low carbon means developing assets for the transition as well as the longer term. If we're going to do that then we've got to find our space in relation to the government's targets, the Climate Change Committee's sixth carbon budget, and how they talk about more flexibility and more renewables and as a really quick result of that grow more flexibility to support the system.

We provide flexible electricity solutions so we have asset management and trading capability on the back of our assets and we are agnostic really to the assets that we do it with. Today that's carbon with gas, but in the future and as part of that transition we also want to transform our organisation and therefore having a technology which is zero carbon is really important to making that transition. If we're going to play our part in the social framework of trying to make sure that energy is affordable then working on the back of renewable energies like wind, where the marginal cost is very low so that the total cost is very low, is important to us.

Why did InterGen choose to go for such a large initial project?

When you want to really make a project fly economically, then economies of scales are really important. London Gateway will be one of the biggest in the world when it is built, maybe number two or number three looking at what's already in planning at the moment, but it will clearly be one of the biggest. It will be a great support to the UK energy system in terms of its ability to react to and support the need for flexible generation as renewable penetration grows.

If you looked at 2020, COVID-19 gave all of us an insight into when there is a drop in demand where the generation requirements will be and how the network will respond. There was a much higher proportion of renewable generation on the system that really did push the system in terms of the stability requirements and we saw a lot of volatility. All that reinforces what the Climate Change Committee has said about the requirement for increased electrical generation.

If you're going to head towards net zero then you've got to find technologies which are lower carbon. Hydrogen may come, but at the moment the technology that is most definitely available is batteries.

How long has InterGen been working on the London Gateway project?

We've been working for it for a couple of years. We had the site and the ability to develop it for other assets as it’s very close to our Coryton power station in Essex. As we looked forward, we saw how things are changing and then looked at batteries and initially it wasn't going to be economic, because battery prices were too high, but they're falling very quickly at the moment and that's fundamentally changed the economics of the project.

It's a merchant risk project, so it's not done under subsidy. It will have some Capacity Market income- we'd expect 5-10% to come from that, but the rest is merchant. So this project isn't putting any cost to the end consumer and therefore has to wash its face in terms of finding the right markets to work in. And with this volatility that we’ve seen in the system, we believe the London Gateway battery project provides sufficient value to do that.

InterGen believes in a competitive environment, and we're very happy to take our share and be challenged by others. I think where we find that difficult is with things like interconnectors, which don't pay the same charges that we do and this battery project will pay, and they have a subsidy regime, and yet they'll be able to play into the same market.

Do you think this will be the first of many large scale projects in the UK?

I think there will be larger scale batteries, but I think there's a limit to the amount that can be put on the system. But I certainly see other projects coming online, we’ve already seen the sub-50MW category grow quite significantly, and there are a number of companies out there with quite a number of development sites for those.

Ones of [the same scale as London Gateway], I don’t think you will see too many of as they are very, very big and the costs associated with them aren't insignificant. But I do think National Grid will be very pleased to have them available on the system. When you look at some of the stability Pathfinder projects and their consultations, they're certainly looking for this sort of technology on a reasonably sized scale to help them manage the network.

Will InterGen continue to pursue gas and CCGT assets, or is this the turning point for the company?

If you look at what we're about - flexible electricity solutions - then gas itself has been a great boon to the UK in reducing carbon and the carbon footprint from coal and things like that. It's the next target as we've seen, but it's still very, very necessary, because the ultimate goal is supplying people with energy and keeping the lights on. We need to make sure that we can still do that. But we see this as the beginning of our transition, building up the balancing of our portfolio, which I'm really quite excited about.

To be honest, I wish we could just fast forward because getting it up and running and getting it going would make a massive difference and send a huge statement, I think about the company and also the UK to be honest.

Our publisher Solar Media will be hosting the Energy Storage Summit 2021 in an exciting new format on 23-24 February and again on 3-4 March. See the website for more details.