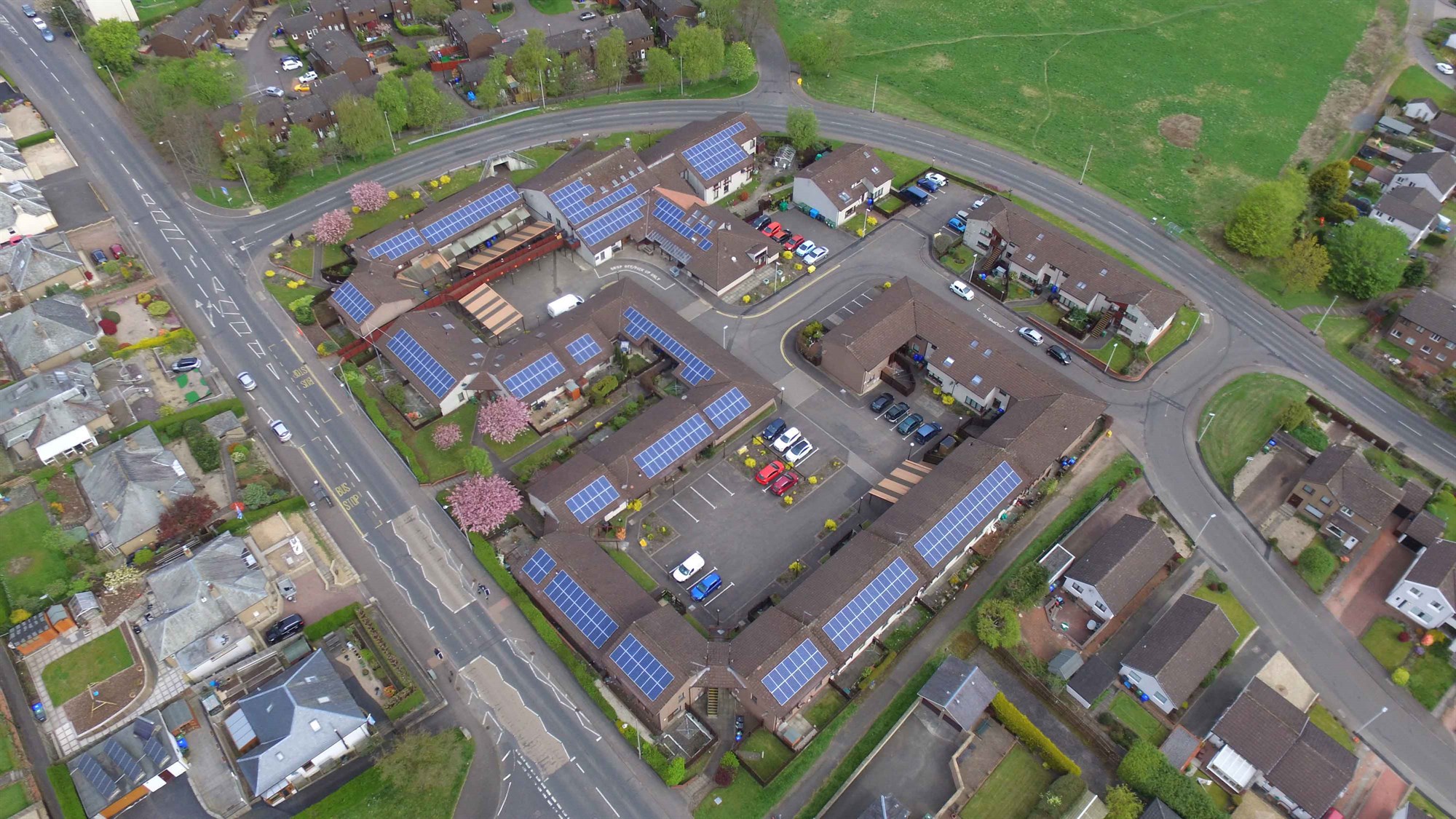 An ambitious project to convert the “grey fleet” of a care home for old folk in Scotland to a sustainable “green fleet”, using solar PV and battery energy storage, was winner of the Residential, Commercial and Industrial-scale Storage Project category at this month’s Solar Power Portal Awards.

The annual awards, recognising excellence in Britain’s solar industry for the past five years and hosted by our UK-focused sister site at the Solar & Storage Live 2017 conference and exhibition, has expanded in recent years to include energy storage.

You worked directly on the Broom Court project for Blackwood Care Homes, which was successful in the residential, commercial and industrial category of the Solar Power Portal Awards. Congratulations!

Thanks. Wattstor essentially provided the kit and I provided project support throughout the installation, through to commissioning.

One of the strong points of the projects was the way it was designed holistically to bring in a few different technologies to benefit the residents of the care home.

Yes. The requirement they originally came to us with was that they needed backup, in case the grid failed. So we covered the battery side of that, we gave advice in the best size of the system, the design of the system, the layout and so on.

The sizing obviously has a material impact in terms of the energy storage system cost, overall cost, the efficiency, the lifetime of the system – pretty much all of the metrics you had to model in some way relate to that sizing. So what did you find to be optimal for the project and how did you go about assessing that?

The limitations with sizing are quite often to do with… for this project we looked at what had to be backed up, what had to have grid backup. So the site has kitchens and laundry that are very high load, but the loss of that service during a blackout is nowhere near as bad as losing lighting, or even medical equipment.

So we took into account a number of factors to determine what would potentially have to go on the backup circuit and what would be turned off during a mains failure. So the whole site is provided [for] as long as there is mains [power] but in the event of a blackout only a certain circuit would run. So we based it on what would actually be required and how much the additional cost would be for a lower value service being retained. 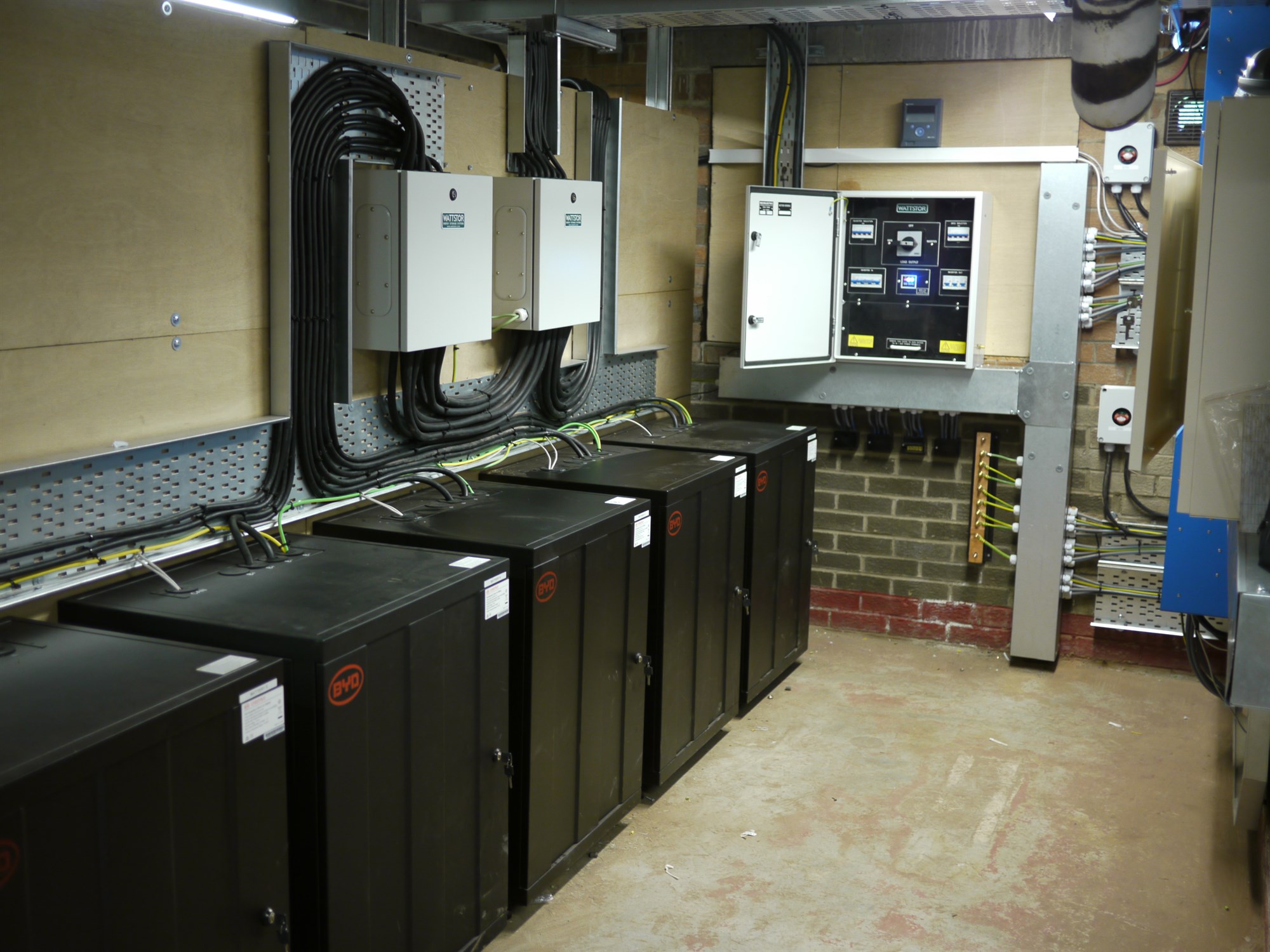 BYD batteries in use at the home. Image: Wattstor.

What were those requirements for backup? What sort of duration of energy storage can the system handle? I guess it depends which critical loads you’re running?

It depends on the time of the backup as well. So the installation at the moment is set up to 60% of the battery capacity is being used for self-consumption, so it’s cycling daily, charging from the PV when there’s excess and then providing power to the load when there’s a drop in generation. The bottom 40% of the battery is purely reserved for grid backup. So if the battery is 100% capacity, depending on the loads it could last a number of hours. I can’t remember what the minimum required time was, it may have been two hours, so from two hours up to, say five hours, if at maximum load. So at maximum load, we’d specify that it would have to operate for two hours. So it can vary.

Was your modelling based on actual stress events they’ve already experienced, or was it a case of planning for the worst case scenario?

In order to calculate that, we took average load measurements over the course of a few weeks to a month and looked at the peak loads and determined what it was likely to be. So obviously there may be extreme circumstances, but highly highly unlikely to be outside of those parameters. So we modelled it on what you could call a ‘realistic worst case scenario’. 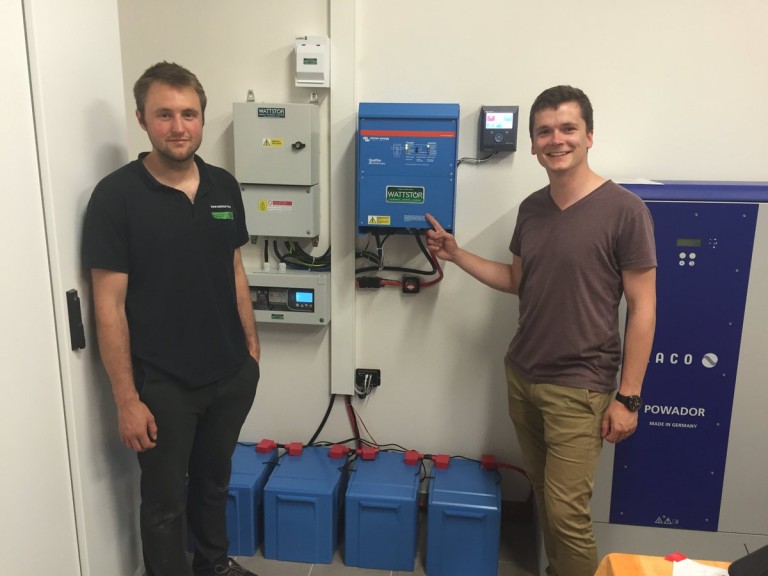 I looked recently at a solar-plus-storage project for schools in the US. The main case for those was backup, but that gave them an opportunity to bring in solar PV and other technologies, but was there anything similar with this project?

Yes, I believe the implementation of one technology will open up avenues – I believe the original project started when this care home had a diesel generator that was coming to the end of its lifespan.

So they knew they needed to replace that and the opportunity arose to get partial funding to instead of installing dirty old diesel generator, they could instead install battery and renewables to add multiple benefits at the same time.

So coming to the end of life of that diesel generator set was good timing for the project?

Any other projects in the pipeline that you can talk about that are similar in scope or scale?

We’ve had a lot of enquiries this week [at Solar & Storage Live], lots of interest in similar projects, nothing we can really talk about at the moment though!

So the C&I sector, encompassing social housing and the like is pretty important to you at the moment?

Yes, we’re having some really good conversations with people about that, and hoping to move forward with projects [soon].

I guess we’re now at the stage where we have a year or two’s worth of meaningful operational data from early projects. Is that something you guys lean on today?

We started installing systems back in 2013, so we’ve been monitoring a few sites, primarily for domestic in the early days, but that still gives a good indication of the performance and the usage pattern you could expect for a typical household, which would scale perfectly for social housing projects.