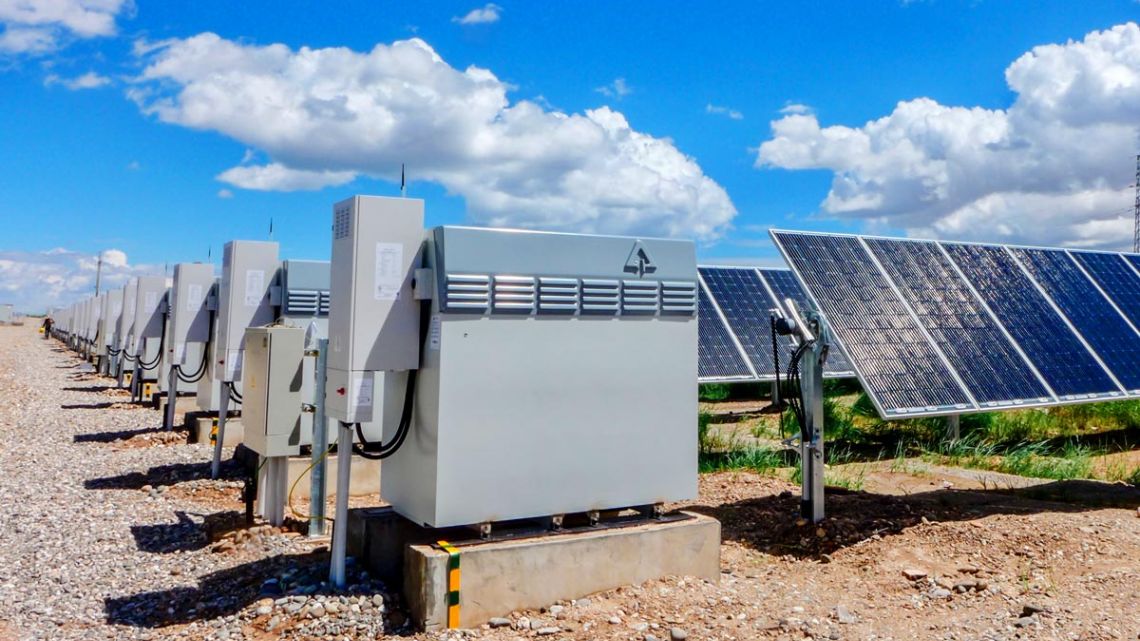 The story of Avalon and redT has been ongoing throughout both 2019 and 2020, with the two companies announcing a merger in July 2019 that was set to see the companies create a "leading player" in energy storage. The duo then unveiled their rebrand as Invinity Energy Systems last month, with the completion of the merger.

Both companies were focused on vanadium redox flow machines, and have an established relationship with vanadium producer Bushveld Minerals. Bushveld provided Avalon a loan in November and entered into a vanadium financing partnership with redT in March.

Solar Power Portal caught up with Matt Harper, Invinity's chief commercial officer, to discuss how the merger came about, what's on Invinity's to-do list and the unique challenges for flow batteries over other storage technologies.

What led to the decision to merge the two companies into Invinity?

As Avalon we were fundraising in the market about 18 months ago and we had approached Bushveld Minerals about becoming a sort of a strategic investor. That was around the same time that redT announced its strategic review in March of last year.

Bushveld came to us around that time saying 'we think that the product that Avalon has developed and has gotten into the market is absolutely second to none', but that they think that there is an opportunity to do something better than just putting money into the company and watching it grow.

At that point they introduced us to this concept of putting the two companies together and combining the products and technical strengths, alongside the commercial traction that we had in North America and Asia, with what redT had going on in terms of traction in the European markets.

The thing that we came to realise is that both companies were really at a development stage, we had certain pieces of the puzzle in terms of getting towards commercial viability, we had a lot of the right capabilities in place but neither company had gotten to the scale where we could be a repeatable, stable business. And so that was why we leaned in on trying to make this merger happened.

How has your day-to-day operation changed due to the merger?

Operationally, we're taking the best of both companies and merging them together.

At Avalon, our operating plan was that we were building - and are still building - our core technology, so the cell stacks, here at our plant in Vancouver. But then the pipes and metal work and all the sort of other stuff that goes around the core electric chemistry in order to make a functioning product, we're manufacturing at a facility that we co-developed with a manufacturing partner over in China.

With the addition of redT, what we're bringing on board in that operational context is what we're now referring to as our solutions engineering group. So the team over in the UK is primarily leading that activity now; they're the ones that are going to have global responsibility for that sort of integrated solutions optimisation strategy with every one of our customer deliveries. And obviously, for projects in the UK and Europe, they will serve as a final touch point before the product goes out into the field.

With Avalon having experience in the US and redT in the UK and Europe, is further international expansion on the cards?

There are a lot of projects like the ones over in Europe, especially in Germany, that redT spent a lot of time developing over the years that we are absolutely going to continue pursuing. But there are also a lot of opportunities in the rest of the world where we don't have an existing footprint, so we're not going to be pursuing those as aggressively.

I think that our core focus over the next year at least is getting some marquee projects in place and getting some real market traction in what we would consider our core geographies.

In the near term, we're really focused on closing those commercial deals in some of our key markets and delivering on those. The most public one that we're focused on is the deal with Pivot Power in Oxford. That and a handful of solo projects like it will, I think, firmly establish our position as a leader in the market.

From there it’s going to be this question of continuing to evolve the conversation around what applications we're best able to serve and then making sure that we exploit that particular part of the marketplace.

RedT's strategic review last year came about due to financial difficulties. Are there any unique challenges to raising funding for flow batteries over other chemistries?

The biggest challenge that we're facing - and this is not just a fundraising challenge but in terms of our market positioning - is that for a lot of people out there right now energy storage is synonymous with lithium ion batteries.

There's a tremendous amount of opportunity, we believe, in the market to take the foundation that lithium products have developed in the marketplace and expand from there into opportunities that lithium can't provide in an economically justifiable way. I'm thinking about, for example, long term energy shifting or storage applications that require many, many cycles per day in order to be economically viable.

Lastly, have you encountered any challenges due to the COVID-19 pandemic?

You know, the coronavirus situation has been interesting for us. I think we prepared for the worst and thus far, we've been pleasantly surprised. To the degree that some of the nightmare scenario problems that we thought we might come up against have not materialised.

Two months ago when we were talking with our investors and customers, everyone was worried about the fact that we had a supply chain in China. Well, all of a sudden, China's not a problem anymore.