In a brave new world of subsidy-free (or subsidy-light) solar PV, installers need to find new opportunities that maintain the financial benefits of the technology.  One way to do this is to install solar at the same time as roofing maintenance or replacement. 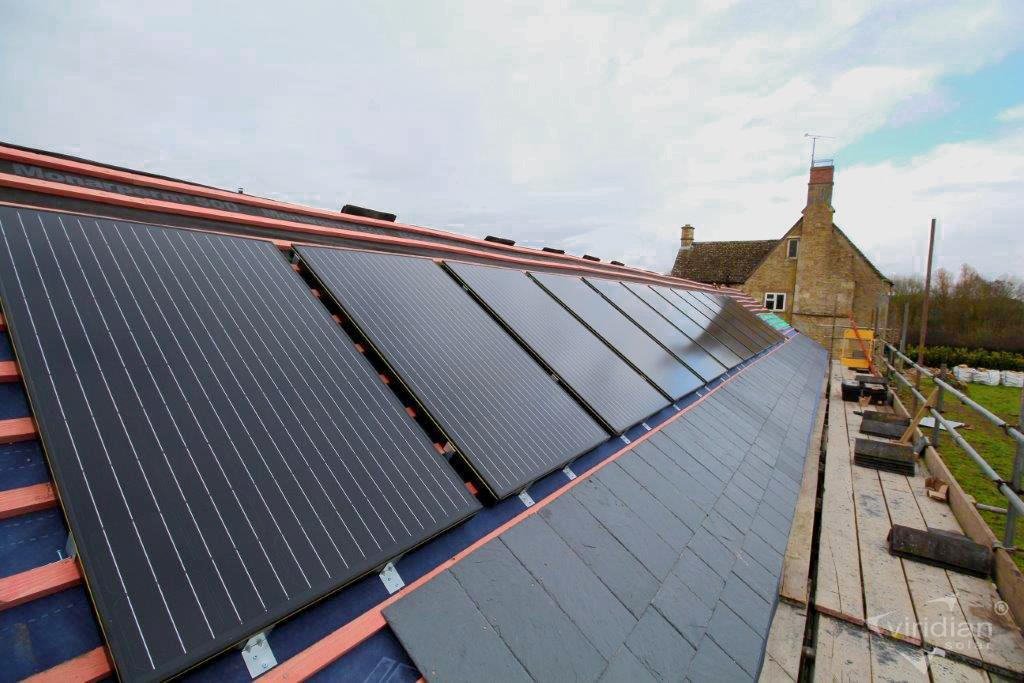 This installation of Viridian Solar’s roof-integrated Clearline Fusion panels by Oxford Renewables occurred at the same time as the re-roofing of a barn.  Each 250Wp solar module and flashing has prevented the need to purchase forty slates, so that’s 160 slates per kWp, or 640 slates for this 4kWp installation.

According to Solar Harvester - a solar installation company with specialist roofing divisions - Spanish slates cost around £1.20 each, but where the client is going for a more authentic look, new or reclaimed slate originating from UK quarries can cost between £4 and £6 each.

For a project like this using UK-sourced slate, the saving on materials alone would be around £3,200 (£800/kWp), a very big dent in the cost of the solar panels and roof integration kits.  With the scaffolding already in place for the reroofing work and much lower labour to fix the slates, the householder gets a roof that makes electricity for them at little extra cost. 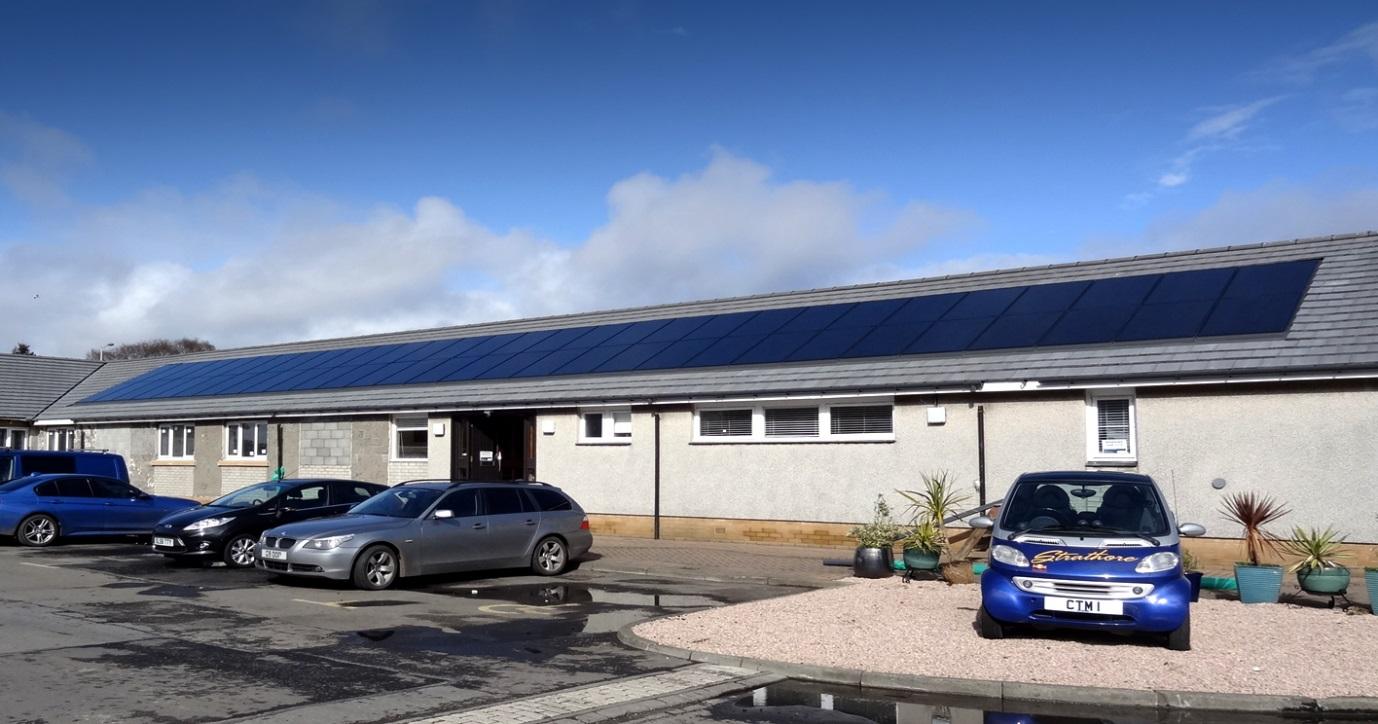 This 15kWp roof-integrated solar system by Solar Kingdom was also installed at the same time as the roof was re-covered on this office building in Kircaldy.

The integrated solar panels meant that the client avoided the purchase of 1,155 concrete interlocking tiles. While these are lower cost at around £1 each and have a higher covering capacity than slate, the saving of £1,155 on materials (£77/kWp) is still a significant reduction to offset against the cost of the solar panels.

The entire solar panel installation was completed in two days, with careful setting out avoiding the need to cut tiles above or below the panels.  Consequently roofing labour was cost-neutral and scaffolding costs (typically £500) were already paid for.

Installing roof-integrated solar panels at the same time as roofing replacement can produce offset costs that mean the net cost of a solar installation is greatly reduced.  The benefits are highest with expensive roof coverings such as slate and small format clay tiles, but as the examples show, the saving for concrete interlocking tiles is still pretty useful.  But how significant a market segment could this be for the solar industry?

According to a recent survey of English Housing, 58% of house roofs are concrete tile, 16% are clay tile and 13% are slate.  The proportion of slate is lower in the South and East of England and higher in the North and West.  This is likely to mean that for the UK as a whole (with Scotland, Wales and Northern Ireland added) the proportion of slate would rise.

A tile roof has a typical service life of 60 years, whereas slates are expected to last from 75 to 100 years and sometimes far longer. There are around 22.5 million homes in the UK .  If we say a roof can last 100 years before it needs replacement that means 225,000 roofs are renewed each year on homes alone.  That’s a lot of potential for reduced-cost solar installations each year!