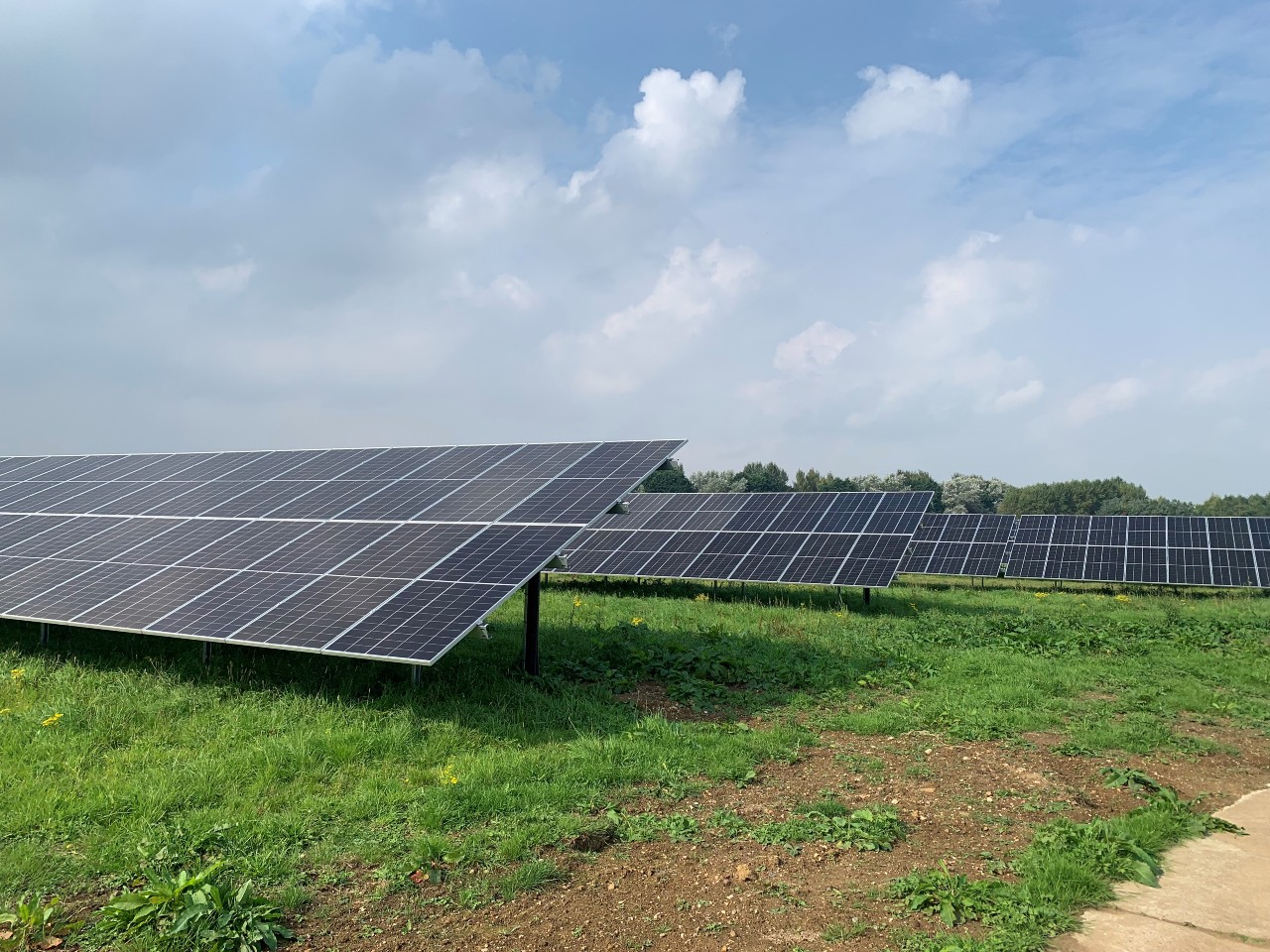 Leconfield is the first of four pilot installations at British Army sites as part of Project Prometheus. Image: Centrica.

The British Army’s first Project Prometheus solar farm has been officially opened by the minister for defence procurement, Jeremy Quin.

The 2.3MW site based at The Defence School of Transport (DST), Leconfield, was installed earlier this year and is the first of four pilot sites to open. It has been developed by Centrica, and is made up of over 4,000 solar panels and spans approximately four hectares.

It is expected to cut electricity bills by a third annually at DST, with the renewable power used for accommodation, offices, hangars, classrooms and the gymnasium at the site.

“Today marks an important milestone in sustainability across Defence,” said Quin. “I was delighted to open the British Army’s first solar farm which will play a vital role in reducing emissions.”

The DST installation forms part of the British Army’s £200 million Project Prometheus investment. It was announced back in 2019, with Public Power Solutions outlining plans to build a 1.4MWp subsidy-free solar farm at the Duke of Gloucester Barracks in partnership with the Ministry of Defence the same year.

Project Prometheus is expected to save an estimated £152 million over 10 years, as well as aiding the wider net zero target in the UK.

“Our first operational solar farm at Leconfield marks a key milestone in the Army's go-green agenda; it showcases our firm commitment to tackle the effects of climate change, harnessing renewable energy to power our estate,” said director of basing and infrastructure, Major General David Southall.

“Leconfield is the first of four pilot sites to open this year; each builds on our knowledge and expertise, enabling us to upscale and deliver a total of 80 solar farms across the Army Estate within the decade; we continue to Think Big - Start Small - Scale Fast.”

Building work on a new solar farm as part of Prometheus at the Duke of Gloucester Barracks, South Cerney, was started by 3ti in June.