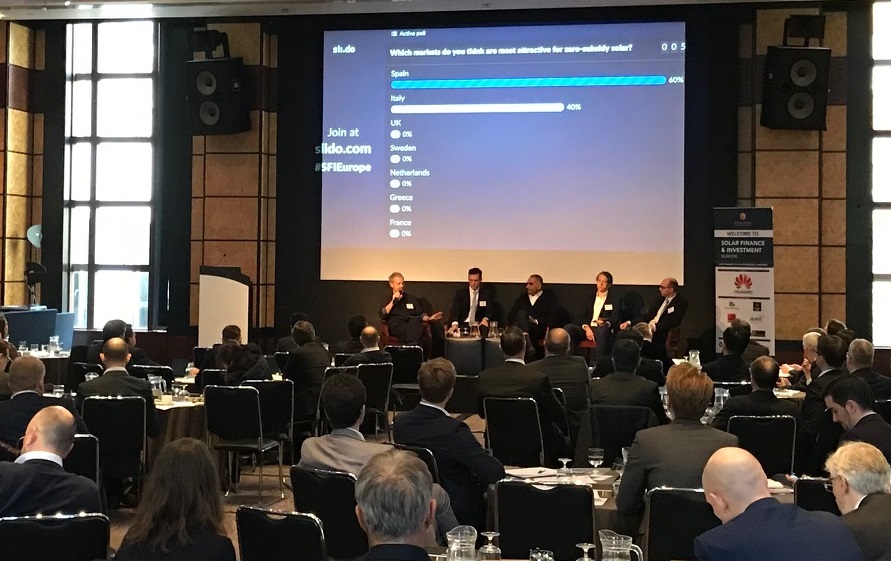 Subsidy-free solar is viable in the UK just as long as government “gets out of the way”, a panel at this morning’s Solar Finance and Investment Europe event has concluded.

While Anesco laid claim to the UK’s maiden subsidy-free project last summer, the likes of Next Energy Capital, INRG and a joint venture involving Hive and Wirsol have all established grid parity claims in recent months.

Abid Kazim, managing director at NextEnergy Solar Fund, told the audience this morning that subsidy-free solar was achievable predominantly because the industry had “entered a period of enlightenment” and had “grown up” in recent years.

Arguing that government support was no longer necessary, Kazim went on to discuss that “if anything, governments need to get out of the way". He went on to indicate that regulatory red tape and counterproductive policies remain the largest barriers to deployment, rather than panel prices, development costs or those associated with finance.

“We want you [government] to stop doing capacity mechanisms, we want you to stop changing the nature of the market so that we can’t see what the price really. We want you to exit stage left, but before you do please leave us with a regulatory framework we can work with,” he said.

Kazim issued six required changes that he said would need to be enacted for subsidy-free development to thrive in the UK, including:

Of particular ire for Kazim was the ability of utilities to pass on costs associated with the carbon emissions of energy sources to their consumers. A fairer system, he suggested, would be a carbon price around the £200 mark that cannot be passed on to consumers through energy bills.

Solar Media's Solar Finance & Investment Europe event continues both this afternoon and tomorrow, when the secondary market will be the topic of discussion. Limited single-day tickets are still available and can be purchased here.