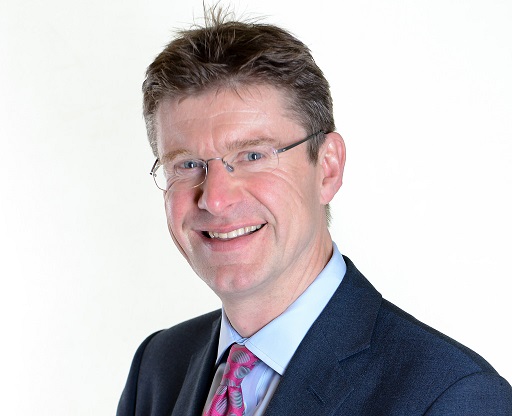 Aside from decisions over Hinkley Point and ratification of the Pairs Agreement, there has been little energy and climate change policy to have come from Greg Clark at his department of business, energy and industrial strategy.

Greg Clark has delivered his first speech to the Conservative Party conference as secretary of state for the department of business, energy and industrial strategy (BEIS), but has drawn criticism for his failure to outline specific energy or climate change related policy.

At an event that has seen the Prime Minister and Chancellor use the opportunity to make serious policy announcements, Clark delivered an industrial strategy speech that provided further introductions to his ministerial team and little else.

“I believe that it is time for our country to have an upgrade. An upgrade in our infrastructure. An upgrade in the resilience – and the cleanness – of our energy supplies,” he said.

Touching on the department’s newly combined briefs, he added: “Our global leadership in combating climate change now presents us with a massive opportunity to enjoy industrial success as we put clean energy at the heart of our industrial future.”

This acknowledgement draw some approval from climate change activists, such as Greenpeace.

However, Clark made no mention of future policy moves to support clean energy and even omitted his department’s biggest energy related policy which saw the controversial Hinkley Point C nuclear plant approved by Theresa May.

Similarly, there was no follow-up on last week’s announcement by the PM that the UK would make the arrangements necessary to ratify the Paris climate change agreements by the end of the year, even though the demands of this decision would fall under BEIS' responsibility.

A shame that we no longer have a dedicated energy slot - at BEIS orals & conference the loss of attention is clear. #CPC16 https://t.co/DoOtjarDBZ

Liam Kavanagh, founder and chief executive of renewable energy investor Rockfire Capital, was also disappointed with the speech and said: “The business, energy and industry secretary’s speech was a sweeping glorification of innovation and industrial strategy but woefully short of specific policy.

“Apart from a nod to the recent ratification of the Paris Agreement on climate change and a mention of an ‘upgrade in clean energy supplies’ no mention was made of energy policy whatsoever.

“How are we supposed to ensure that our infrastructure and cities are fit for the future if we don’t have more explicit support for innovative energy developments such as storage, interconnection and of course generation from renewable sources?”

Since the department was formed back in July, BEIS has yet to deliver many of the policy or consultation outcomes industry was expecting by now from government. Consultations on the Renewable Heat Incentive, Energy Company Obligation and reforms to the business energy efficiency landscape are all still waiting to be finally resolved while an delayed call for evidence on energy storage policy has yet to be launched.

In response to criticisms against Clark’s speech, a spokesperson for BEIS said: “We’d argue that things like Hinkley and ratification [of the Paris agreement] and setting the levels of RO and looking at innovations of battery storage, there has been quite a lot of rhetoric coming out of the department around those things.”

While the secretary's speech failed to outline the department's work in other policy areas, some industry members have defended his speech and claimed that a lot was going on behind the scenes with BEIS.

James Court, head of policy & external affairs at the Renewable Energy Association, said: “The UK has an urgent need to upgrade our infrastructure  and bring new investment in energy and we welcome the ministers speech today. And we [are] delighted to see the importance of energy storage was mentioned prior to his speech at a fringe event on Industrial Strategy."

However, Court also mentioned the uncertainty surrounding policy in this area and added: "The question now is what actions will he take, and under what timeframe?"