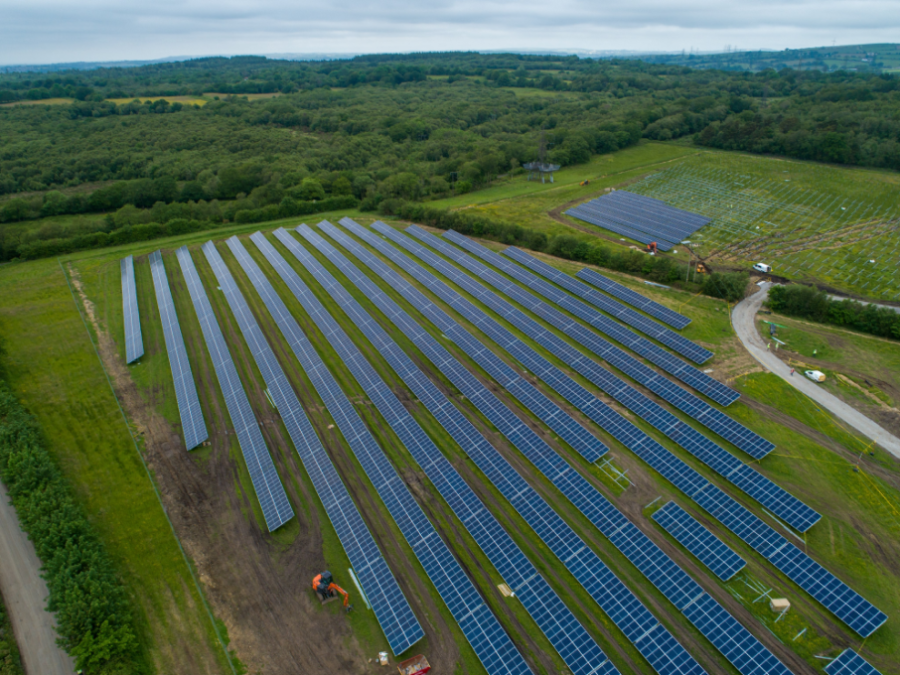 The Brynwhillach Solar Farm, which is to generate 4MW of zero-carbon electricity for Morriston Hospital in Swansea, has begun to export.

The 10,000 panels making up the solar farm were installed by Vital Energi, as was the supporting electrical infrastructure and 3km private wire network connecting the solar farm to the hospital.

The installation makes Morriston Hospital the first Welsh hospital to receive its electricity from a dedicated solar farm, with Brynwhillach to reduce the hospital’s energy spend by £439,000 per year.

It is the second energy project Vital Energi has delivered for Swansea Bay University Health Board (SBUHB), having already delivered a range of energy conservation measures.

Both projects were procured through the RE:FIT framework, and come with an energy performance contract which guarantees performance, financial and carbon targets.

"The project presented a number of challenges, however the Health Board’s project team together with Vital Energi were able to overcome these and deliver the UK’s first dedicated solar farm with private wire supplying carbon free electricity to a large acute hospital," Des Keighan, assistant director of operations at SBUHB, said.

In August, Centrica Business Solutions announced it was to install 300 solar panels with an installed capacity of 106kWp for Hereford County Hospital as part of a wider £4.7 million energy upgrade, with funding coming as part of a national decarbonisation plan supported by a grant scheme from the Department for Business, Energy and Industrial Strategy (BEIS).