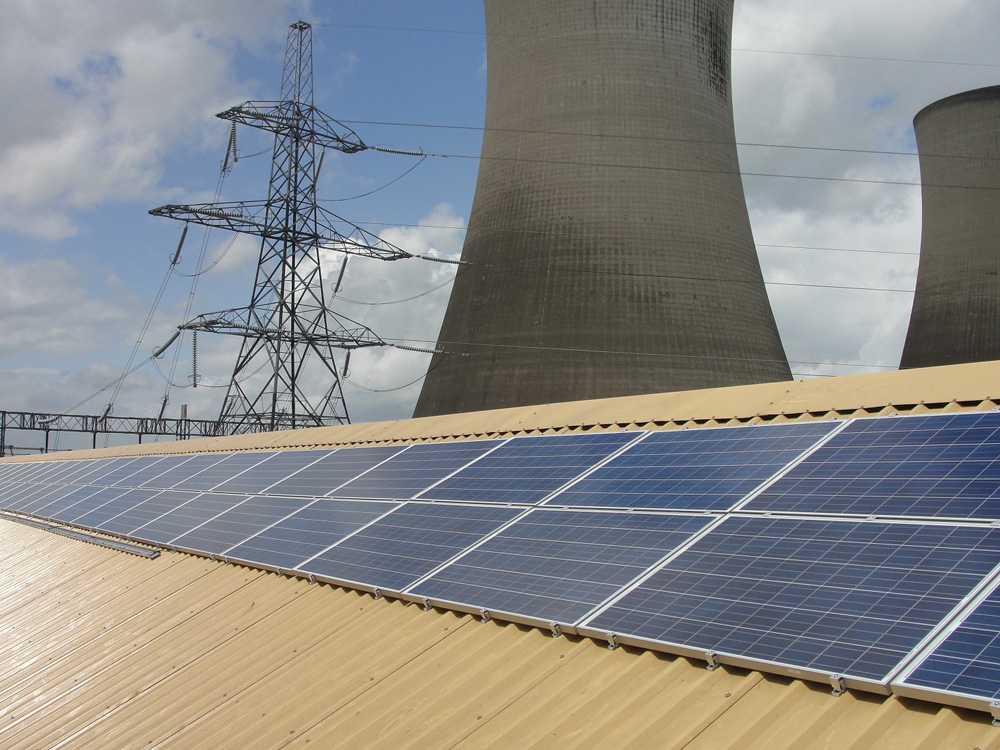 At a time when the government is supporting new nuclear and fracking, public support for both has dropped according to a new BEIS survey, which found solar remains highly popular. Image: npower.

Public support for the government’s chosen energy generating technologies has seen a “statistically significant” drop according to the latest public attitudes survey from the Department of Business, Energy and Industrial Strategy (BEIS).

The 19th ‘wave’ of the quarterly Public Attitudes Tracker (PAT) has shown that only a third (33%) of the 2,080 respondents support nuclear power, with over a quarter (26%) opposing it. This is down from 36% support in the previous survey conducted in July and 38% in April, which BEIS has called a “statistically significant decrease”.

The timing of the survey – conducted less than two weeks after the decision to approve Hinkley Point C – could prove embarrassing for the government as public opinion continues to move away from the project and its £37 billion lifetime price tag.

Since the last survey Theresa May’s administration has also pushed shale gas exploration despite wide ranging public opposition. The new survey’s findings have shown that support for fracking has reached its lowest point since the tracker began in 2012.

Only 17% of respondents expressed their support for shale gas, while almost twice as many (33%) took the opposite view.

Fracking has become a contentious issue after the government decided to overrule Lancashire County Council earlier this month, which had refused permission to Cuadrilla to extract shale gas from two sites.

In contrast to growing public discontent with both nuclear and fracking, support for solar energy remains consistently high. The technology received the highest level of support (82%) among all renewable energy sources, with offshore wind and tidal both trailing behind (75% each).

Despite the high level of public support for solar, alongside the continually falling costs and ease of deployment, the government is due to wind up its support for large scale solar in March 2017 with the final deadline under the Renewable Obligation scheme.

Following drastic cuts to the feed-in tariff and the removal of solar from the Contracts for Difference scheme, there is little government support left for new solar of any scale despite the public’s consistent support for the technology.

BEIS’ latest PAT results fall in line with a survey from climate charity 10:10, which this week released findings of its own showing 83% support for solar farms.

Using a similar sample size to BEIS for its survey (2,037), 10:10 also found higher levels of support for nuclear (46%) and fracking (34%) than the government’s survey, as well as significantly more opposition (37% and 45% respectively).

It is unclear what impact the growing disconnects between public opinion and government energy policy could have. A spokesperson for BEIS said: "Our priority is to ensure that everyone has secure, clean and affordable energy now and in the future. This is why we want the UK to have a diverse and reliable mix of energy sources including nuclear, renewable energy and gas.

However, Juliet Davenport, chief executive of Good Energy, has said the new government needs to fall in line with voters.

This article has been amended since its original publication to include comment from BEIS.