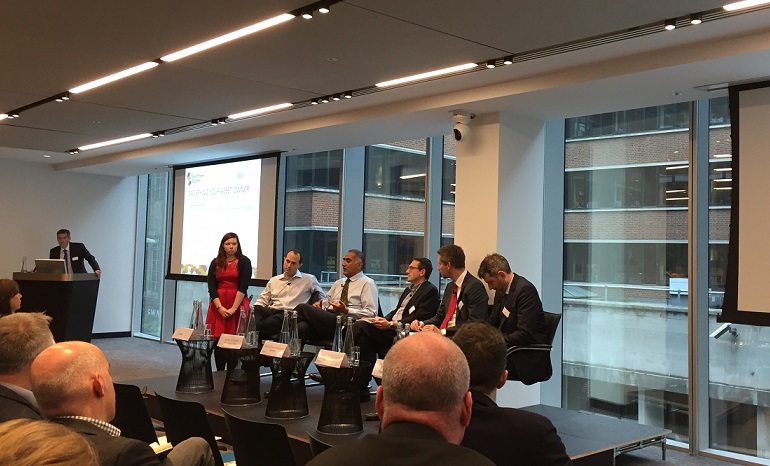 The O&M panel at the STA's 'Raising Standards in Solar PV O&M' concluded that standard contracts needed to be improved.

The UK's "rapidly maturing" solar operations and maintenance (O&M) market must adopt a service desk-style culture like that seen in the computing industry if contractors are to survive.

That was the conclusion of a panel of UK asset owners at today's 'Raising Standards in Solar PV O&M' conference, organised by the Solar Trade Association with law practice Bird & Bird.

The panel - which included the likes of Magnetar CEO Dan Kirk, NextEnergy Capital's Abid Kazim, GreenCoat Capital's Lee Moscovitch and Bluefield senior director Francesco Girardi - sought the opinions of leading asset owners as to where UK O&M is headed and what it needs to learn.

With a significant amount of operational capacity approaching the end of standard two-year EPC warranty periods, competition in the O&M sector is intense with price pressures impacting on tenders and scopes.

Earlier in the morning Lightsource MD Mark Turner said that his firm's first O&M contracts in 2011 were priced at around the £20,000/MW per year mark, however now the average price available on the market is less than a third of that.

Kazim said the price pressures O&M contractors are feeling have merely been passed on by asset owners themselves operating on thinner margins than before. The NextEnergy Capital MD had little sympathy for O&M providers remarking on falling prices, stating that value-added services are where contractors and subcontractors should be looking.

"I actually don't care... what's in it for you is improving my plant... make your money on the services, not the annual fee," he said.

Girardi echoed Kazim's sentiments, adding that the pricing structure was "meaningless" if the scope and what lay behind the price was not understood.

Moscovitch however said that while there was "an element" of price when it came to O&M considerations, his firm was "not in a rush to change".

The panel concluded by stating that the solar industry needed to reflect on scopes more commonly seen with wind farms, and even from other industries such as computing and mobile telephony where operational reliability expectations are upwards of 99.9%.

Kirk said that standard O&M contracts in the UK needed to be better, stating that some early contracts were not comprehensive enough resulting in ambiguity and confusion.

Moscovitch agreed, stating his belief that O&M suppliers needed to be more flexible and open to conducting work outside of scopes should the need arise, suggesting that inflexible contractors would simply not be awarded another contract should it be up for tender at a later date.