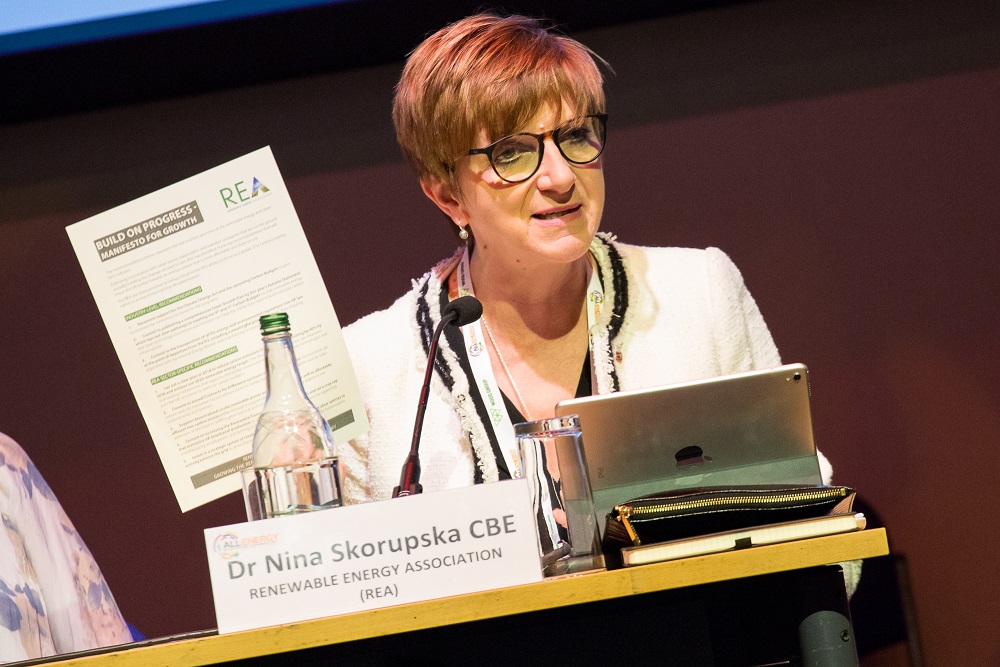 With the UK’s main political parties preparing to unveil their respective election manifestos, the Renewable Energy Association (REA) has unveiled its own equivalent on behalf of the UK’s green economy.

It calls on the next government to first and foremost recommit support for the Climate Change Act and upcoming carbon budgets, followed by the publishing of a comprehensive Clean Growth Plan before this year’s autumn budget.

The Clean Growth Plan – formally known as the Emissions Reduction Plan – is now more than five months late having originally been mandated for release prior to the end of 2016. Ministers have continually pushed its publication back citing the need to consult further with industry.

If this year’s autumn budget – the first since chancellor Philip Hammond’s reversal of the statement and budget timelines – is announced in a similar timeframe to last year’s autumn statement, published on 23 November 2016, it would represent a significant delay to the process of legislating for the fifth carbon budget.

Meanwhile the REA has also called for the transposition of all existing European Union regulations on energy and the environment into UK law, an act which it said would align the UK with Europe’s internal energy market and help maintain economic stability.

Proposals specific to solar in the UK include a commitment for annual Contracts for Difference auctions that do not exclude established ‘pot one’ technologies such as solar and onshore wind, and further support for decentralised on-site renewables.

This, the REA sets out, could take the shape of supportive taxation and regulatory regimes or extensions to the feed-in tariff to grow regional and community-level economies.

The concept of tax breaks for commercial entities installing solar has long been mooted as a potential means of incentivising commercial solar incentives without feed-in tariff expenditure but has yet to be discussed meaningfully.

Launching the document Skorupska said that strength and stability, the two core messages of Theresa May’s campaign, are “things we [the renewables industry] crave more than any other”.

“The past two years have seen my members rocked by policy change after policy change, and uncertainty following the Brexit vote. From renewable heat, solar, biomass, biogas, marine- we have not seen a member unaffected. But we now have to put that behind us and push forward.”

“Renewable solutions are now cheaper than fossil fuel scenarios, but are getting blocked to market. This is bad for consumers, who will be paying more now, as well as locked into a higher cost, higher carbon energy system for decades to come.

“Our manifesto for growth is about creating certainty and confidence, a fresh commitment to the Climate Change Act, a smooth and orderly transition from the EU; and a clear and ambitious Clean Growth Plan which we hope will show a post-Brexit Britain as a dynamic and bold country looking at the opportunities of renewables, not clinging to the industries of the past,” she added.

Late yesterday evening Labour’s own 2017 election manifesto was leaked to the press a week ahead of its planned launch, and was revealed to include ambitious plans to source 60% of the UK’s energy demand from renewable sources by 2030 as well as a nationalisation of the UK’s energy market.