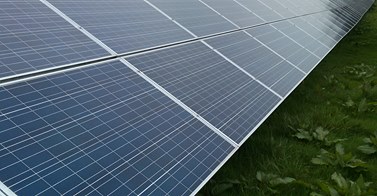 The 50MW development was originally proposed in February to be built at Llanbadrig in Anglesey, to power around 15,500 homes annually while also using battery storage to act as a “peaker plant” for energy distribution.

Despite planning officers recommending approval for the site, the proposal was refused by the Isle of Angelsey county council on the basis that it was not considered sufficient to allow departure from policy ADN2 of the Development Plan, which limits development of solar farms over 5MW.

However, Countryside Renewables sought legal opinion on the ruling which found that that the planning application was in fact in accordance with the policy and “the reason for refusal is not justified and would not be sustainable on appeal”.

As a result, the planning committee are thought to have reconsidered their position and have permitted the application.

However, the new plans suggest the site may have been moved following an investigation of the region to address council concerns, with the site slated for land just south of the Llanbadrig area.

Neither Countryside Renewables or the council could be reached this morning to confirm the details of the permission, or provide a capacity figure for the energy storage to be installed on site. However, planning shows that 32 containerised battery storage units will be installed, and the developer will have to submit details of the technology to be used in advance of construction beginning.