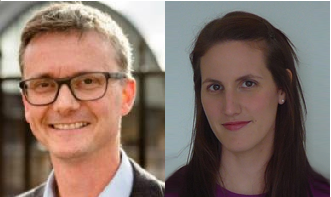 The Solar Trade Association (STA) has strengthened its policy development team as it moves to ready itself for the “pivotal moment” of a new government and the looming Brexit negotiations.

The STA has named Chris Hewett as its new policy manager, replacing Cameron Carswell who has joined the Climate Policy Initiative.

Hewett has 25 years’ experience in policy development having previously headed up the Environment Agency’s climate change team and served at institutions such as the Green Alliance, the Committee on Climate Change and the Finance Innovation Lab.

Hewett said he was delighted to join the association at what he described as a pivotal moment for solar and storage in the UK.

“The shift for solar from a fledgling sector with government support to becoming part of the fabric of Britain’s energy, built environment and economy has already begun. I’m looking forward to helping the sector work with policymakers to create the right framework to make this happen,” he said.

Solar’s role in the UK electricity mix and how to better integrate solar generation into the grid has become an increasingly prominent topic, particularly as the technology continues to contribute a greater share of daytime electricity demand.

Waters said it would be her job to ensure solar and storage have a “clear voice at the table” when complex decisions are made.

“It’s an exciting time to represent the industry’s grid issues through the STA, as the government and the network operators start to understand what is required from an operational perspective for distributed generation, and as we move into the ‘smart grid’ era,” she added.

Paul Barwell, chief executive at the STA, said he was delighted to have attracted both Hewett and Waters to the association.

“The STA is investing now to ensure that we can continue to successfully shape the agenda at [a] time of complex regulatory change & strong economic pressures on the solar and storage industries. Detail right across the policy landscape increasingly matters to our members’ bottom line, from UK tax treatment to the integrated EU energy market. I believe our members will be delighted with these new appointments which greatly strengthen the STA team,” he said.