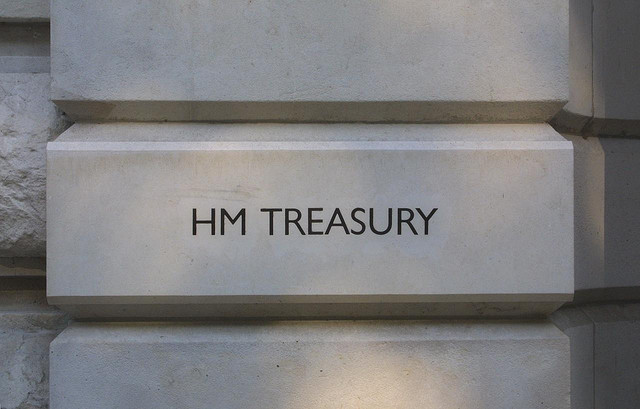 The Treasury has ridden roughshod over other government departments, cancelling long-established environmental policies and projects at short notice in favour of more immediate priorities, according to a damning report from the Environmental Audit Committee (EAC).

The investigation into HMT’s policy interventions over the last year has concluded that decisions affecting long term environmental action in the UK, such as the cancellation of zero carbon homes (ZCH) policy and funding for carbon capture and storage (CCS), have had “a damaging effect on investor confidence”.

It has also accused the department of failing to utilise its control over public spending, taxation policy, regulation and major projects to mobilise other departments to promote sustainability and environmental issues, such as decarbonisation, energy and resource efficiency.

Mary Creagh, chair of the EAC, said: “The Treasury is highly influential and uniquely placed to ensure the whole of government works to promote sustainability. But we have seen considerable evidence that it fails to do this.

“The Treasury tends not to take full account of the long term environmental costs and benefits of decisions which would reduce costs for taxpayers and consumers in the long run.”

Specifically, the committee’s report claims the Treasury uses “a technical and political framework which favours short-term affordability over long-term benefits”. This includes the support it levels at “comparatively expensive, glamorous low carbon technologies” over cheaper alternatives such as energy efficiency or even solar, which would represent more value for money for consumers.

It also uses recent policy announcements to illustrate the point including the cancellation of ZCH policy, which the construction industry had been working towards for a decade. It was scrapped last summer in an effort to remove perceived additional costs and increase struggling house-building levels.

However, the EAC argues that this “last minute decision” could see costs to the economy and householders increase in the long-term because new homes will need to be retrofitted to improve their energy efficiency and contribute towards meeting the UK’s 2050 carbon targets.

“The decision harms the development of new markets for innovative energy-saving products, and wastes years of the industry’s sunk costs”, it added, calling on the government to reinstate the zero carbon standard for new homes.

The most recent live house-building figures from Department for Communities and Local Government show levels have failed to rise in 2016 following the cancellation of zero carbon homes.

Similarly, the decision to axe planned funding for CCS is expected to add further costs in the region of £30 billion to the UK’s ability to meet the 2050 carbon targets.

In addition, and like the surprise and anger felt after the cancellation of ZCH, the EAC report claims the way the Treasury communicated its decision to industry left businesses in ‘shock', and was described as ‘devastating', potentially undermining the government's efforts to deploy CCS in the future.

Finally, the report questions the department’s entire approach and states: “The sum of all these decisions harms environmental sustainability. It is clear that the Treasury is taking these last minute decisions without an overarching strategy.”

In a series of final recommendations for the Treasury, the EAC’s report calls on the department to “green-check” its policy decisions while ensuring future spending reviews provide strong incentives for collaboration between departments on environmental matters.

It also suggests closer working with other departments whose policies affect the environment to ensure the government’s new industrial strategies promote sustainability. 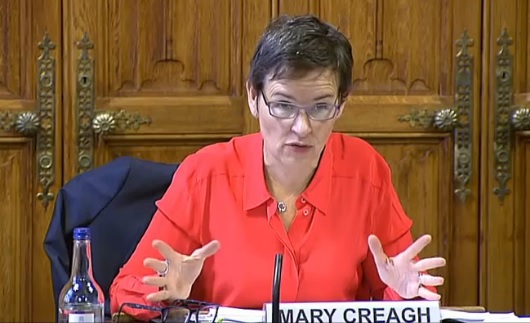 EAC chair Mary Creagh: "With a week to go until the next Autumn Statement, we hope our inquiry will be a wake-up call to the Treasury."

In response to the findings of the report, a Treasury spokesperson said: “We take long-term sustainability very seriously, and consider the environmental impact for all relevant policies.”

Referring to the targets under the Renewable Energy Directive, she added: “The government has a strong record and that’s why we’re on track to exceed our ambition of delivering 30% of the UK’s electricity from renewable energy sources.”

However, this fails to account for the struggling performance in heat and transport, where there is wide consensus that the UK will fall short of its respective 12% and 10% goals in these areas. Much of the criticism directed towards the government’s performance in these areas has pointed to a lack of joined up strategy across departments on the issue, much in the same vein as outlined in today’s report.

When pressed, the HMT spokesperson would not comment further, only adding: “We will carefully consider the Committee’s findings and respond in due course.”

The EAC report is the latest to openly criticise the approach of government to environmental issues, with the now defunct energy and climate change select committee releasing a series of damaging studies over the last year on a range of issues, including the UK’s 2020 targets.

Similarly, the National Audit Committee recently concluded a report on the Levy Control Framework, which it said had been mismanaged by the government in the run up to the perceived overspend later identified.

John Alker, campaign and policy director at UK-GBC, commented: “The Committee is absolutely right to highlight the damaging effects of the ill-conceived deregulation we have seen from the Treasury in recent years.

“The new Government has an opportunity to draw a line under this, and in the future base policy making on clear evidence.”