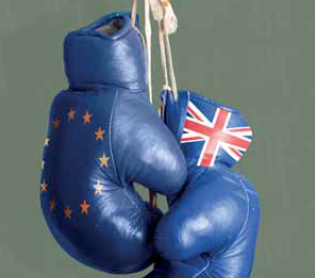 As July began the UK and many beyond were still reeling from the unexpected outcome of June’s referendum, with even the most enthusiastic Brexiteers seemingly surprised by the outcome. The result prompted significant changes in Whitehall, with David Cameron stepping aside as PM in place of Theresa May.

The UK’s second female Prime Minister made her mark early on Westminster, relegating political giants under her predecessor to the back benches and more importantly, axing the Department of Energy and Climate Change (DECC).

In a move seen as regressive by some and savvy by others, the formation of a new department of business, energy and industrial strategy (BEIS) under former communities minister Greg Clark remains a bone of contention for those who believe climate change should have remained above the door.

Others claimed energy would play second fiddle to business policy and industrial strategy and with the Carbon Plan delayed until 2017, it remains to be seen now BEIS will properly tackle energy and climate change. However, positive moves towards storage and smart energy have created some excitement over the new direction.

Brexit also saw uncertainty swamp the UK across all sectors, not least renewables which was already viewed unfavourably following cuts to subsidies. Solar companies therefore looked abroad for new opportunities, but didn’t have to go far for opportunities with the Republic of Ireland emerging as one of the most exciting new prospects for solar across Europe.

Despite these uncertain times, UK solar continued to prove the role it plays in the domestic energy system, delivering almost a quarter of electricity demand on 4 July.

However, as if cuts to the feed-in tariff in January and commercial uncertainty brought on by Brexit weren’t enough, more intervention from government was uncovered which could damage the business case for solar.

The Solar Trade Association revealed the business rates applied to solar installations were to be increased by up to eight times current levels as part of an overarching review of the system. Alarm bells immediately began ringing, with some existing installations actually facing negative returns as a result of the changes.

So began months of campaigning from both industry and certain members of Parliament and while some progress has been made, the rates are still expected to be applied to solar arrays used primarily for self-consumption.

Sadly, the bad news continued to roll in as a joint-survey conducted by consultancy giant PricewaterhouseCoopers and the STA revealed the true extent of the FiT cuts. It estimated that as many as 12,500 jobs had been lost since the first of the new UK government’s policy decisions the previous year.

However, 2016 will also be remembered by many as the year battery storage took a number of important steps forward in the UK, not least National Grid’s 200MW Enhanced Frequency Response (EFR) tender. The technology dominated the competition and ensured batteries would be used for balancing services at grid scale for the first time in the UK.

Meanwhile, other headline grabbing news in July and August:

Our round-up of January and February’s key headlines can be found here, March and April's is posted here, and May and June’s is here.