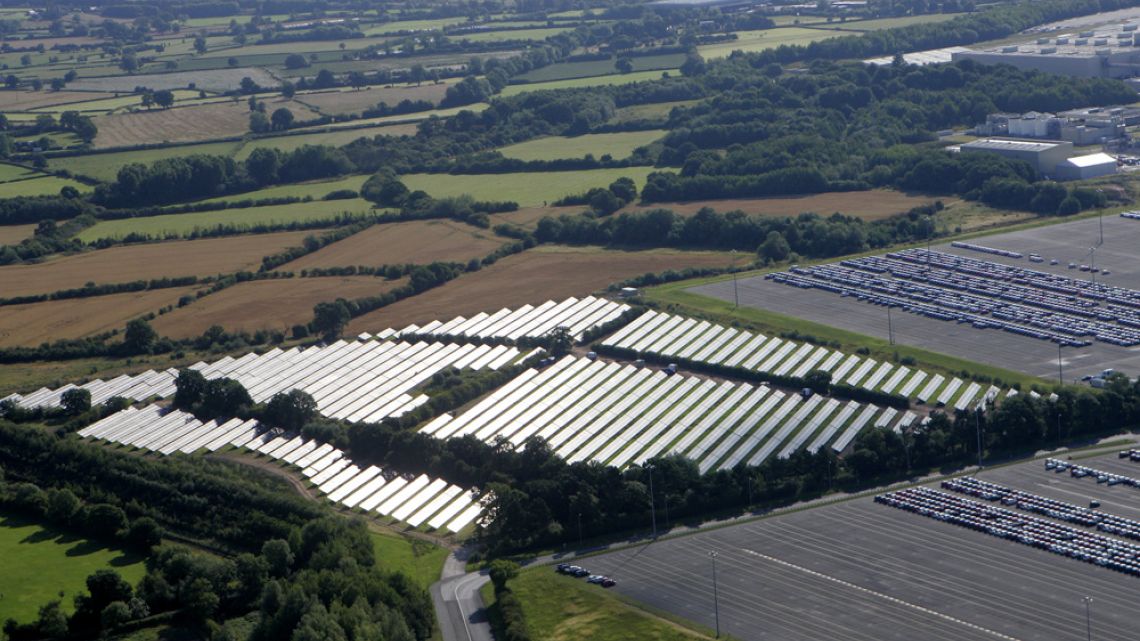 Over the last six months, Bluefield Solar Income Fund has made two major acquisitions. The first, in August, was a 64.2MWp solar portfolio whilst the second, which was announced earlier this month, was the 70MWp Bradenstoke solar farm.

It comes off of the back of an oversubscribed share placing that saw it raise £45 million, placing a total of 36,500,000 new ordinary shares at a price of 124p each. Solar Power Portal caught up with James Armstrong, managing partner of Bluefield Partners, to discuss how the acquisition of the 70MWp farm reflects Bluefield's solar strategy, whether subsidy-free developments are still on the table and how the solar sector may see significant growth in 2022/23.

Bluefield recently announced the acquisition of the 70MWp Bradenstoke solar farm. How does that fit into your long-term strategy for UK solar?

We've been very selective in the last couple of years; we haven't bought a huge amount. We liked Bradenstoke as it's very complimentary to our existing base of assets. We've got a lot of large-scale solar farms now, in total over 100, so it was just a very, very nice addition and in terms of scale it's the largest solar farm in England, so it's a good acquisition.

Looking forward, we will - if there are attractive secondary operational opportunities like Bradenstoke - we will go for them, but where a big focus of the businesses is is we're looking at this next wave of growth, which everyone's getting quite excited about in the solar industry. We have a pretty big pipeline of deals that we're looking at which are in development and I think what you should expect to see over the next two to three years is a very likely growth story through new builds.

Bluefield has previously made references to considering pursuing subsidy-free UK solar. Is this still on your radar?

We've got a mandate to look at subsidy-free and that would be where we would look to put in a minority of assets into the fund, because one of the attractions for our shareholders is having high levels of regulated revenue. So we will look at that on a case by case basis. We also do have one eye on the 10 Point Plan and the reference to Contracts for Difference and that's something which we would expect to be fairly active in as well.

Since talk of subsidy-free solar first began, have there been any changes in the market that make it more or less attractive?

People have been talking about it since around 2018; we have as well. I think clearly the economics continue to improve. We still have cost reductions, so that obviously is a very positive trend. There is generally a sense at the moment that, unlike in previous years, there is a genuine understanding and support for renewables generally. There's a huge shift compared to say, 2013 when we IPO'd the business. There was always this big battle in terms of the press around renewables and conventional energy; it's just gone. On a political stroke stakeholder position, ESG and renewables have far, far greater support, as evidenced by how the Conservative government has positioned their most recent energy report.

Alongside your acquisition, you also recently announced the results of an oversubscribed share placing. Why do you think you had that level of interest?

I think generally at a sector level, there's a huge amount of interest in renewables. If you look at those putting money into funds like Bluefield, they're putting a lot of money into ESG platforms and this is a big, big push; it's a very structural change to the industry, which really has happened probably over the last two, three years. The second reason, which I think is specific to Bluefield, is that we have been seen as a very, very disciplined issuer of shares. We haven't issued shares since 2016, so we've been very disciplined, we have by far the highest performing solar fund on the stock exchange and so shareholders and new shareholders are looking to get in or increase their positions and I think that's one of the reasons it was oversubscribed.

Looking ahead to the next year, how do you anticipate the solar market evolving?

My sense is that quite a lot of 2021 will be centered around getting planning and grids in place. I think that's probably going to be largely the story of 2021. I suspect the market will take a very similar shape to previous markets, where you'll then have fairly significant growth coming right behind that. The working assumption at the moment is that there'll be some additional capacity coming on in 2021 but the real growth will probably come in between 2022 -2023.