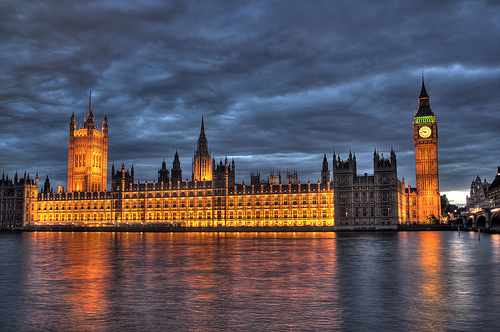 The Energy and Climate Change select committee (ECC)  has used its final report to add to growing pressure on government to address the regulatory barriers holding back greater deployment of storage technologies.

Following last month’s decision to scrap the committee, the report has concluded three of its ongoing inquiries including its analysis of ‘the energy revolution’, which sought to identify issues holding out innovative technologies including storage.

It has reiterated the committee’s previous calls for government to move quickly on improving the regulatory framework impacting storage by creating a separate asset class for the technology. It claims this would remove the current effect of double-charging of balancing charges, where the technology is charged once for consuming the electricity they store, and then for supplying it back to the grid.

The end-user is then also charged for consumption which, as inquiry witness Dr Jill Cainey, director of the Electricity Storage Network, claimed means “everyone pays double and that has a material cost to projects”.

Providing a new asset class along with a clear definition for storage is therefore considered “a matter of urgency” by the ECC.

Angus MacNeil, outgoing chair of the ECC, said: “The Government must get a move on and encourage the energy market to embrace smart technological solutions. Energy storage is a vital keystone in building a clean electricity system. It will mean we won’t have to wait for the sun to shine or the wind to blow to get our energy from renewables. We can generate electricity, store it and turn it on when it’s needed.

“If current regulatory barriers to storage were removed, some £7bn per annum of savings to consumers could be achieved.”

McNeil’s committee has also called for a review of ‘outdated’ Capacity Market rules and regulations in relation to storage, including considering increasing the contract length - currently limited to a year - and addressing restrictions around stacking of revenues for storage projects.

While many in industry have called for these actions, the ECC report has also asked government to consider a subsidy framework for energy storage to accelerate deployment. As a whole the storage sector in the UK has been wary of subsidy intervention, particularly following the boom and bust cycle seen in the solar market due to changes in the feed-in tariff.

With the market already growing without direct financial support from government, UK storage companies have appeared keen to continue without this interference.

Speaking to Solar Power Portal earlier this month at SEUK | Clean Energy Live, Dudley Moor-Radford, managing director at Moixa, said: “I would love to make it work without [subsidy] because if we can do that, it means we’ve produced the best product, the best distribution and service sold in the right way by people who are committed in the long term.”

Storage is widely considered to be a vital technology in addressing the impact of the intermittency of renewables on the UK’s national grid. A recent report commissioned by the Solar Trade Association found that the addition of 8GW of batteries to accommodate for 40GW of solar by 2030 would cause intermittency costs to become negative, falling to around £-3.7/MWh. This effectively means that the intermittency of solar provides a net benefit through enabling the entry of batteries.

Currently, the UK is thought to have almost 12GW of installed solar capacity, while recent Renewable Energy Association estimates have put operational storage across all technologies at 3.23GW.