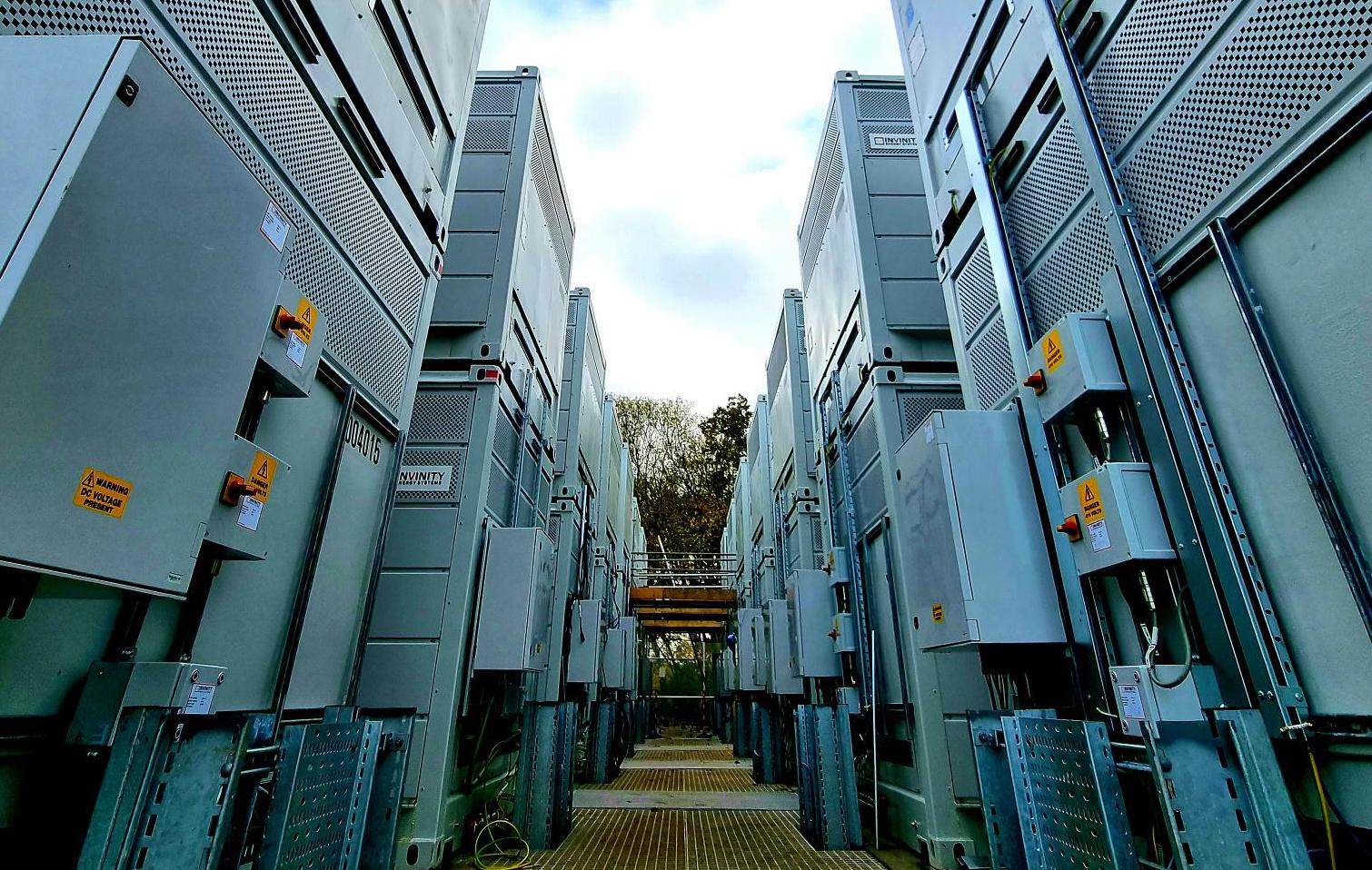 A 5MWh flow battery system installed as part of the Energy Superhub Oxford has been energised by Invinity Energy Systems alongside EDF-owned Pivot Power.

The flow battery system is the largest in the UK, according to Invinity, and is to be combined with a 50MWh Wärtsilä lithium-ion battery energy storage system (BESS) to operate as a single energy storage asset, with the lithium-ion component activated in June.

This will make it not only will the largest directly-transmission-connected battery installed in the UK to date, but also the largest vanadium flow and lithium-ion hybrid battery ever deployed, Invinity said.

This hybrid approach to energy storage is designed to leverage the strengths of each technology in order to increase grid resiliency and create a smarter, more flexible energy system.

In the ESO hybrid energy storage system, Invinity’s vanadium flow batteries are used to ‘front-end’ the energy asset, acting as a first line of response when the system is called into service. This means that the lithium-ion BESS will only get called into service after the required response exceeds the capacity of the Invinity battery system.

The Invinity flow battery system therefore performs much of the ‘heavy-lifting’ while reducing the wear on the lithium-ion BESS, with the flow system not degrading with use, meaning it can cycle indefinitely.

Since September, Invinity has installed 27 of its VS3 flow batteries at the site, which sits alongside National Grid’s substation in Cowley, Oxfordshire. Combined, these batteries – each the size of a 20ft shipping container – can deliver over 5MWh.

Invinity is working with battery trading optimiser Habitat Energy and power electronics supplier Gamesa Electric on the final integration and commissioning of the battery ahead of launch.

"Once live, this cutting-edge hybrid battery will demonstrate how vanadium flow and lithium-ion technologies can be combined for maximum benefit, to accelerate net zero and power our lives with clean energy," Tim Rose, programme manager for Energy Superhub Oxford at Pivot Power said.

Late last month, work began on the EV charging hub element of the project, with this lauded as the UK's largest, while two other Superhubs, both located in the West Midlands, are now also in the works. Pivot Power has continued its partnership with Wärtsilä for these, with the two to develop 100MW/200MWh of battery storage split across the two sites. Indeed, work this month began on a 50MW/100MWh battery storage facility as part of the second Energy Superhub project, located near Birmingham.